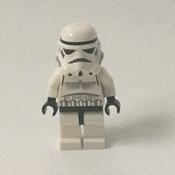 I have recently made the Pong arcade machine. I decided to share it on lego ideas to see if people would like it. This model is pretty tall and features a control panel to move the sticks in the game. For the screen, I used a technique which involved building sideways so that I would get that skinny look.

I built this because I wanted to try and challenge myself to replicate the machine as well as possible. I also think that this model would make a great lego set because everyone has played or know's about Pong, it is one of the oldest video games in the world. I thought that it would be cool for people to have it on there shelves as a reminder of what really started the video game industry.