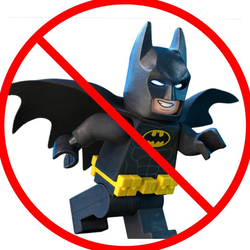 I got the LEGO Dimensions Midway Arcade Level Pack and I couldn't get a certain game out of my head.

That game was Joust, and I liked it so much that I thought "I should make a brickhead of the player because I think that some people that actually played Joust on the original arcade machine would really like it and because it was stuck in my head."

For now I only have the Shooty Skies version of him, but soon I will add a 2-Dimensional version of this emu-riding knight. I understand that there have been several different versions of the game where he looks different, so I will try to release a few updates of those versions as well. I would also like to eventually add in a model of the enemy.

Thank you for taking your time to read through this. Please support this project.

Oh, by the way, here are the instructions: