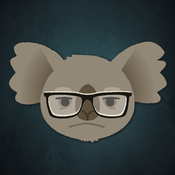 Yep, this is a microscale version of 10228 Haunted House from the Monster Fighters theme. I know you're thinking, "why would Lego resurrect a discontinued line just for one Ideas set?"

I agree it would be weird, so let's take a step back.

I discovered and realized i wanted the original Haunted House set shortly after it got out of production. Lacking the truckloads of money it takes to buy one from the aftermarket, i decided to put together a microscale version just for myself in LDD.

When i got all the parts and finally had the model in my hands i realized how cute and neat it looks, so i decided that, what the heck, i'll submit it to Lego Ideas. But it needs to make sense as a product, so...

Ideas on how this could make sense as a product

As i said in the intro, i doubt Lego would bring back Monster Fighters years later just for a microscale Ideas set. So here's a couple of ways this could make sense:

1) As a Halloween one-off

Instead of making it a direct reproduction of 10228, rework it slightly and turn it into an original/non-specific haunted house for release around October (adding some spooky trees, pumpkins and similar stuff) basically making this a seasonal set. I would be completely happy with that.

A more ambitious project: make mini versions of other older popular sets as well, like classic space, caste and pirates, so this would spawn a sort of "best-of" theme; i see a lot of mini classic sets around the web so i'm pretty sure it would be popular among older Lego fans.

21102 Minecraft Micro World started as a CUUSOO set and ended up spawning the still-active Minecraft theme.

11910 Micro-Scale Space Cruiser is... just what its name implies. Classic set in micro-scale.

Lego made this happen already, just here and there... Connect the dots (or bricks) and make a microscale classics theme happen!

Well, we reached for the sky, so let's climb back down.

Pros of this set

This would be a small, non-licensed and therefore relatively cheap set. Being cheap and compact, i think it would be perfect as a gift. It would also be a nice addition to 10230 Mini Modulars or to your own original microscale collection, and it would fit just fine alongside the Architecture sets.

The playability factor is not huge, but you could use minifigs as giants or Kaijus, or pretend that a curse turned the normal-sized house into a tiny model. Or use it as a miniature in the background of your vignettes.

I'd absolutely love to see a micro-best-of theme. A lot of people would.

I'd also love to just see my set on shelves as a standalone generic micro spooky house.

It's also cool even if i just receive positive comments. I reached my original goal to have a miniature haunted house, so even if nothing else comes of this, i'm still happy.

For this and other microscale sets to become a reality, we need to support each other. Micro Builders unite! And good luck!