Explorer : The Anubis Temple and the Beyond Gate 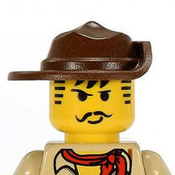 Explorer: The Anubis Temple and the beyond gate Introduction: This set was inspired by LEGO’s Adventurers and Pharaoh’s Quest themes. The goal of this new set was to offer a new and unique experience of a magical exploration. So I decided to design a new adventure, taking into account the playability and aesthetics of the construction.

So do not hesitate to hit the “support” button if you like, it would be fantastic to make this set reality!

The story of the adventure: An unnamed explorer has heard rumors that somewhere in the borders of the Sahara Desert, a gate opens into the world of afterlife, called “The Beyond Gate”. People would even say that this place is not lifeless and that a recent mysterious magic operates there; many of them would claim that it is the work of Anubis himself. Even a merchant in the streets of Cairo told the explorer this story while he was trying to sold him a stone, telling him that it came from this very place. The explorer took the stone immediately and started his research.

After days and days in the desert, our explorer accompanied by his camel, finally saw shiny golden reflections and tall black columns. It was the gate he was looking for.

And indeed, getting closer and closer, he realized, that it was not only ruins and a gate but a recent temple, built around the gate; the flames foretold that the place was occupied, the two enormous jackal heads undoubtedly evoked that Anubis was behind this work but the explorer did not seem intimidated at all. From there began the adventure and his legend.

Anubis' Machiavellian plan: No one knows when Anubis came back to set up his plan. Away from prying eyes, he built his temple around this gate that crosses a river. That is why he decided to build a boat to be able to transport the dead from the beyond bringing them back to this world to constitute his army. With this army he will be able to conquer the living world. Inside the temple, wooden logs were placed on the shallow river to slide the boat into it. 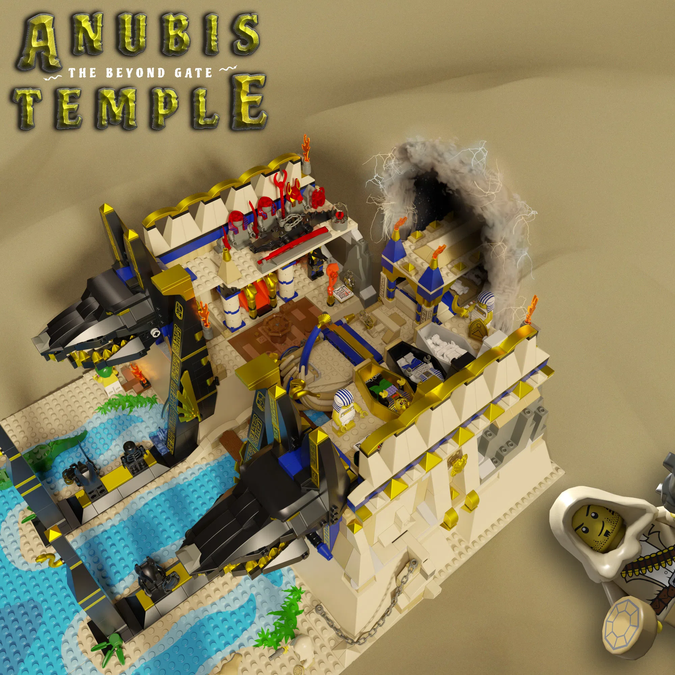 The composition of the set:

The set is composed of 2300 pieces approximately, divided into a temple, a boat, some animals, 2 full black skeletons and Anubis as statues and the 11 following playable minifigures :

On the left side of the temple, the quarters of Anubis are composed of :

The center of the temple is composed of a shallow river coming from the beyond and going to our world. To overcome this dry river obstacle, he set up wooden logs to slide the boat through the temple. Each log is free to rotate, the central one is activated by a mechanism of pulleys and gears.

The other side of the temple is composed of :

The front is composed of two enormous jackal heads standing on each side of the black gate, whose lower jaw rotates around an axis what makes stones falling.

Now, you know every secret of the temple, you might have an idea of how to help our explorer to defeat Anubis (maybe stealing one of the two crystals, or inverting sarcophagi to stop the resurrection process, etc). Thank you very much to all who will support this idea!