By curiousb
4 comments
Hi - this is my Lego Chima Crocodile Tank, inspired by the DVD series appearance of a croc tank which is not available to buy! It has been my most expensive project to date as I needed a Cragger's Command Ship 70006 & Laval's Royal Fighter Tank 70005 plus a few spare pieces from my extras drawer. It features a fully opening mouth & moving lower jaw, a rotary cannon and two rear defensive cannon's and a moving tail too. 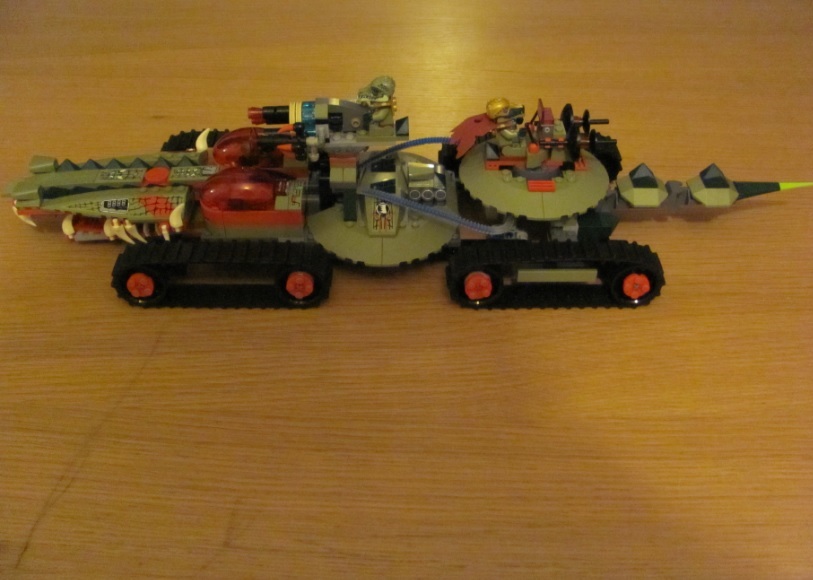 Length wise it is 70 plus centimetres and the tank tracks are fully moveable. I took a lot of ideas from the command ship as they looked so similar to the tank on the Chima DVD episodes one and two. I also included the Chi coloured energy tubes going from the front over the centre section which I added "engine" parts to create the idea the engine powers the rear blasters.

This head on view shows the opening cockpits which can hold a mini-figure each, but only if you take off the cloak and gold breastplate that a lot of the crocodile mini-figures have! 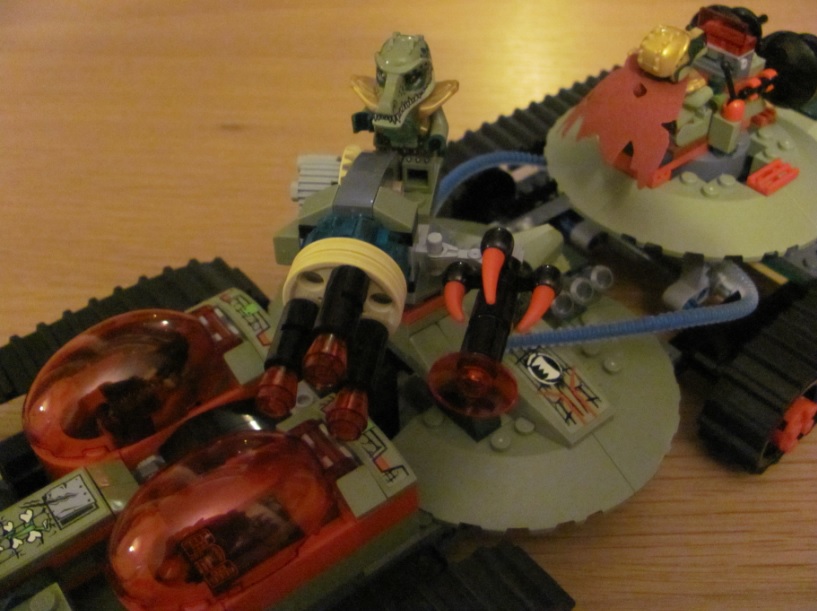 I like Lego vehicles that take into account a place to put the mini-figures weapons or accessories when they are in the vehicle, so I added a "droid" arm so the croc's weapon can click in to place as an additional blaster on the rotating gun emplacement. 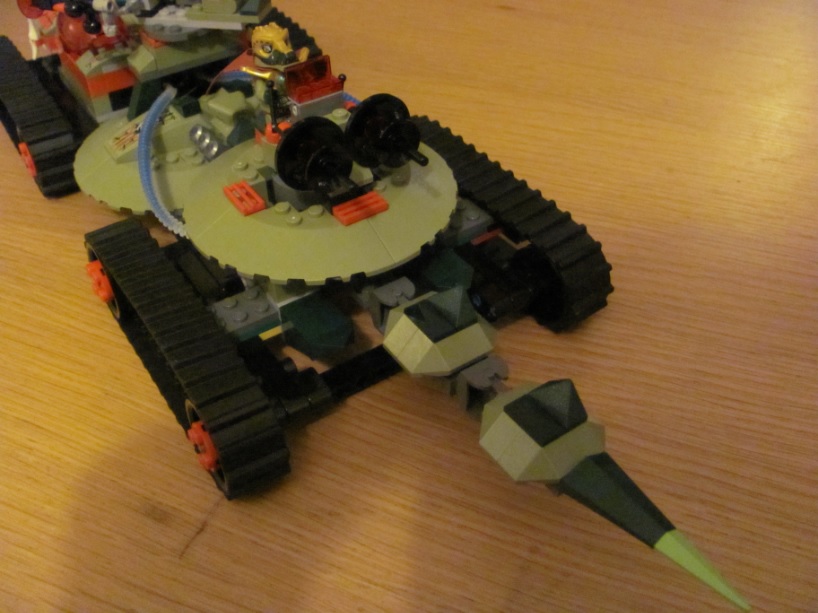 Rear view of the croc tank showing the moving tail and double rear blaster rotating gun emplacement. Note the green triangular pieces on either side of the hinge on the tail - I added these to stop the tail hitting the rear tracks on either side.

Finally, I wish I could have taken a photo of my son's face when I gave him this to play with. He was ecstatic, and he is the reason I do this. We have a special understanding, I love building Lego, he loves playing with it!