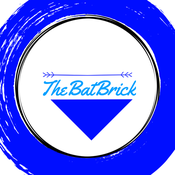 The set includes three minifigs: Obi Wan Kenobi, Jango Fett and Taun We. There is one build and is based off of the battle between Obi Wan and Jango. This version of the set has no play features but you can stand each of the minifigs on it. It is based off of Episode II and does not include Obi Wan's Starfighter or Jango Fett's Slave I as they are already in different sets. Obi Wan Kenobi has his lightsaber whilst Jango Fett has a jetpack and two pistols. Taun We has no weapons (as he doesn't need any) but has a long neck made up of two pieces. I don't know how many pieces the set has but it is a simple(ish) build.