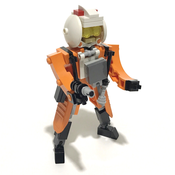 By gene3S
5 comments
After completing Mr Bean's Mini Cooper moc, I decided to get him a "partner" on the road and managed to build a Petite Reliant Regal, with reference to the youtube episode featuring all his encounters with the mystery driver. Since there's no information about mystery driver, I decided to moc a Shadow Stunt Man as the minifig to handle the task to topple the van and give way to Mr Bean's Mini Cooper in a close-shaved action.

About this creation
Reliant Regal Supervan III is a three-wheeled van featured in Mr Bean show. Mr Bean had a few encounters with this powder blue van and I decided to re-enact a scene from this moc.

In Mr Bean Show, episode 3, Mr Bean gets stuck with a steep charges (16 pound) for the multistorey car park, so he tries to leave through the entrance based on Plan A & B. He makes various attempts which fail and in (Plan B), he sees the Reliant Regal arrive and charges towards it. It reverses away from the entrance and he gets out, while the poor Reliant Regal turns overs on it's side. 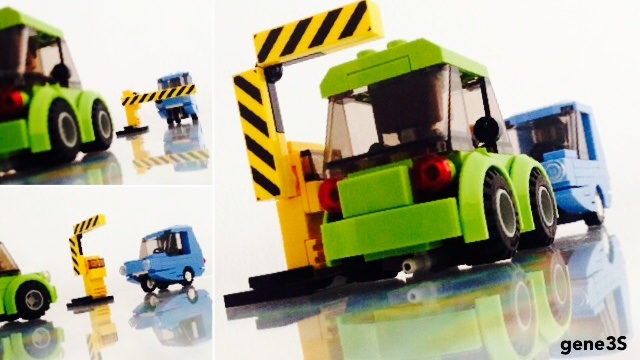 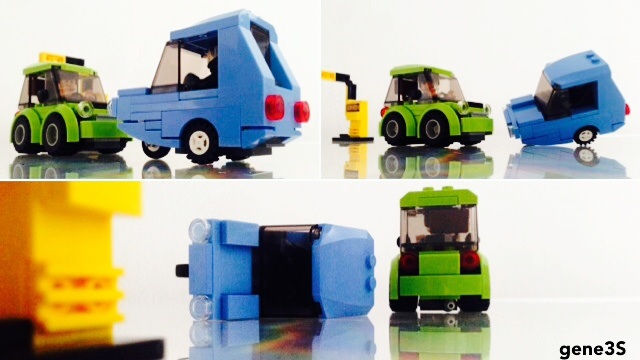 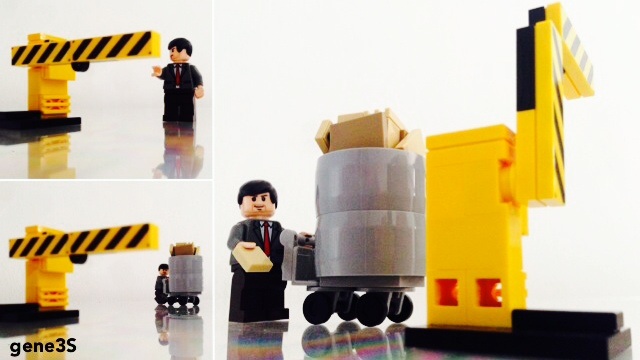 Update 27 April 2014:
Prior to the Plan B scene of the poor Reliant Regal, I'm introducing the Plan A execution by Mr Bean. Upon realising the gantry detection of a vehicle entry, he managed to push a trolley, heavily loaded trash which opens up the gantry to for his Mini Cooper. 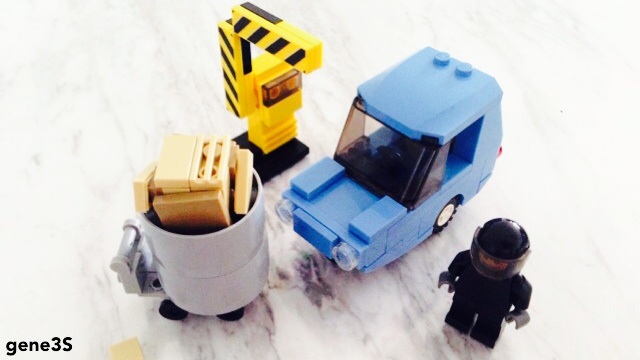 Note:
Mr Bean's MiniCooper + other accessories related to Mr Bean submission will be ready after deciding on his facial expression. Stay tune!