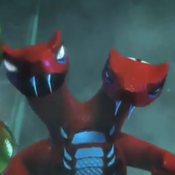 By Serpentine Builder
105 comments
A Zoo was first introduced in the time of the Egyptians and included hippos, elephants and cats. Later it became much bigger, but there were also smaller ones like in early 1900. Our Zoo is our imagination what a Zoo would look like in 1900.
We made a modest old zoo for a modular city. A zoo is entertaining and brings joy to all generations. You can find two species in this zoo, also a restaurant and an attic containing food for the animals. Altough there are many lego animals, there has never been a lego zoo released. We hope it will be a fine addition to the lego modular series.
It comes with three minifigures, three animals and under the piece count. Thank you for your support!