By Whatsuptoday
6 comments
The new armor: MARK XXV from Iron Man 3. Consisting of 315 Lego bricks, with the novelties: an additional joint below the knee, torso is rotating 45 degrees and weapons "jackhammer" are removable and let appear the forearm and the hand.
His back tipped backwards with two hinges and as always, free the Iron Man minifigure.
There are two models with different colors, you will choose your favorite color?
Enjoy it! ;o)

The Mark 25 (XXV), which is also known as the "Striker", is a Heavy Construction Suit, and was one of the many newly built suits created by Tony Stark, sometime after The Avengers.

It was featured in the movie Iron Man 3, and made it's debut in the movie when Tony ordered J.A.R.V.I.S. to initiate the "House Party Protocol", in which it was activated along with all the other suits to aid Tony in his battle against Aldrich Killian.

The suit earned it's name the "Striker", because of it's powerful jackhammer like hands that can pulverize concrete. It was built for helping in heavy construction and specialializes in it's heavy power that comes from it's jackhammer like arms. It can also withstand temperatures and electrical surges. It is the first suit to have a green colored Arc Reactor instead of the classic blue, a feature that is unique with the suit. 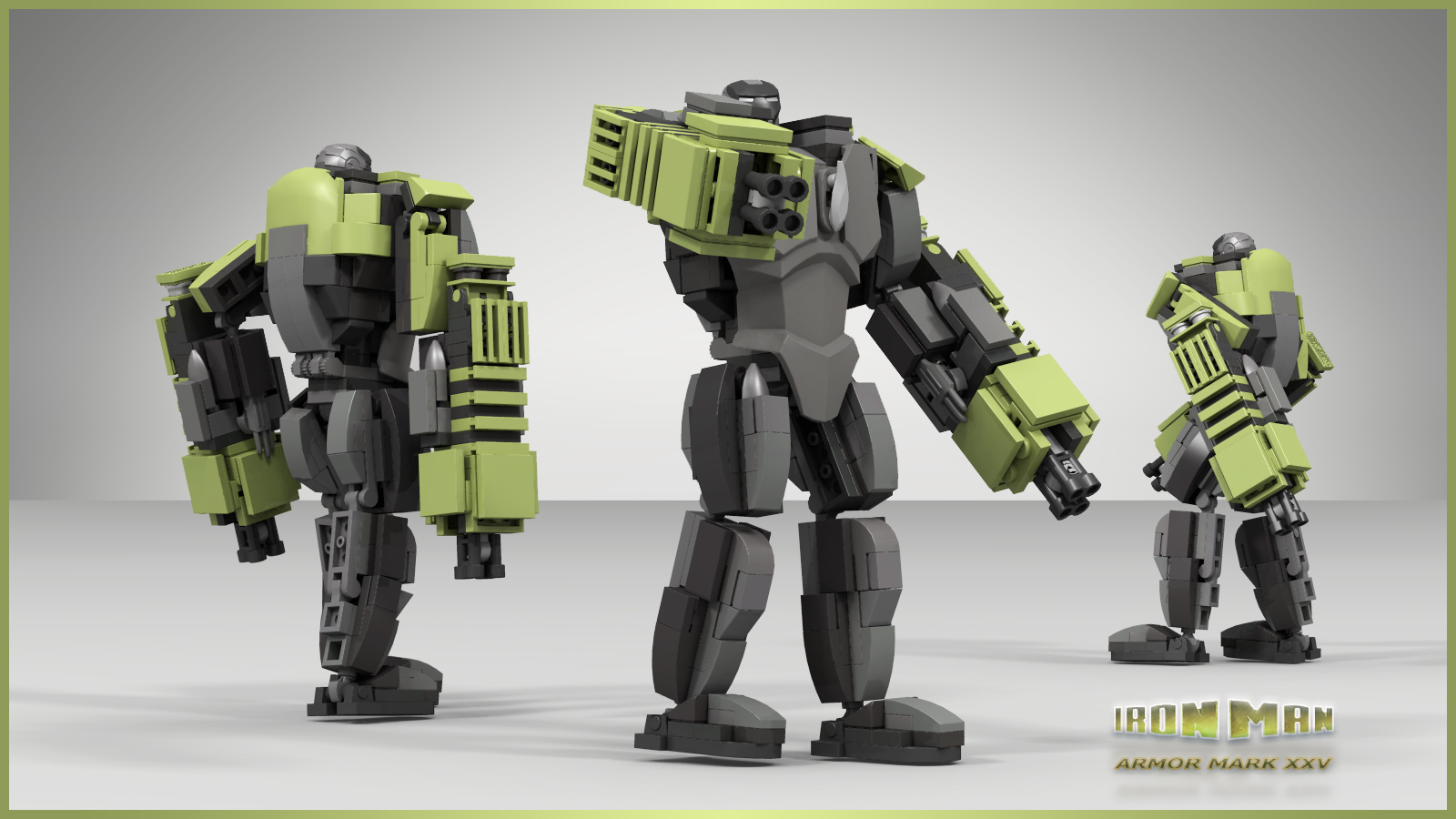 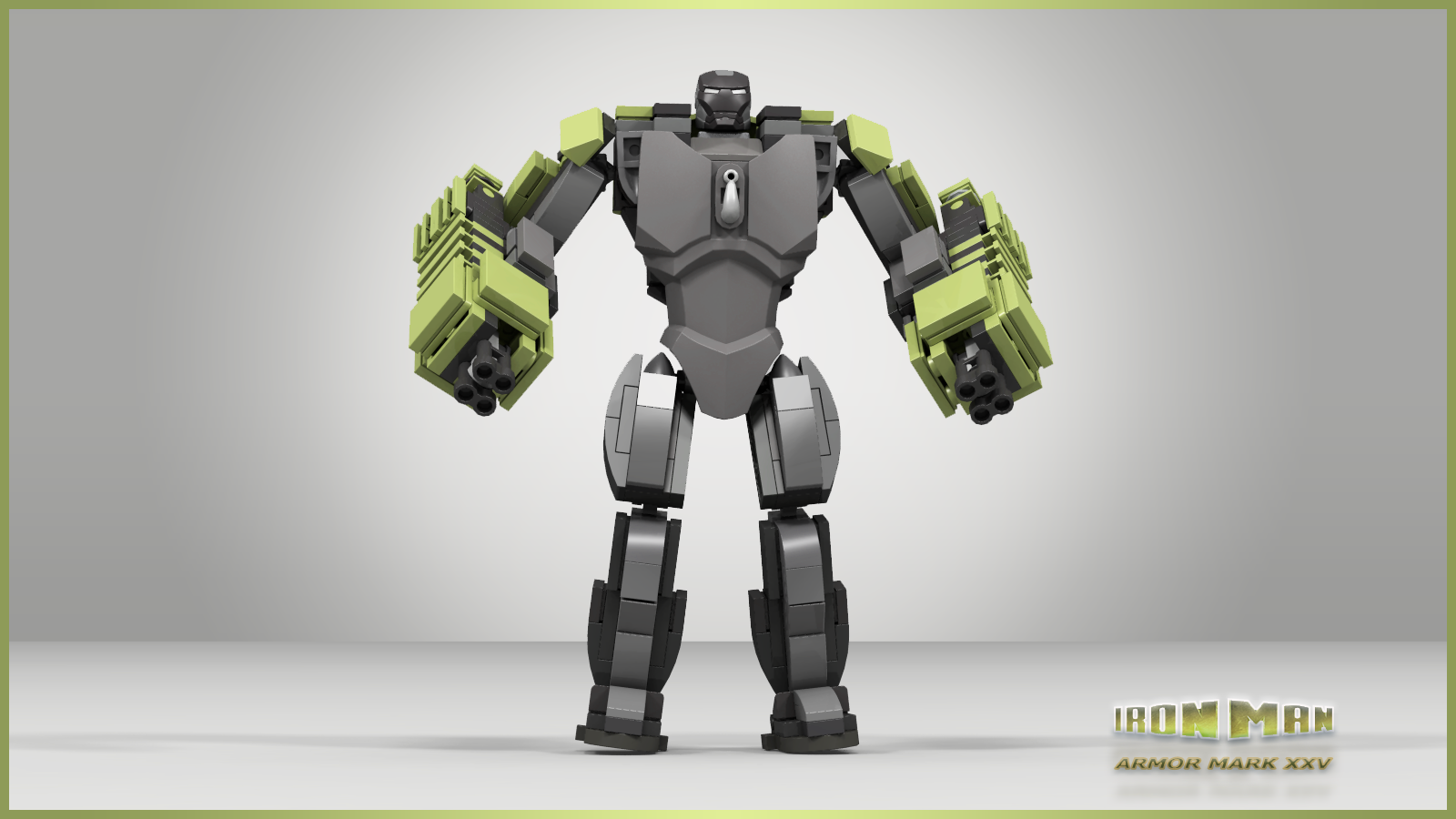 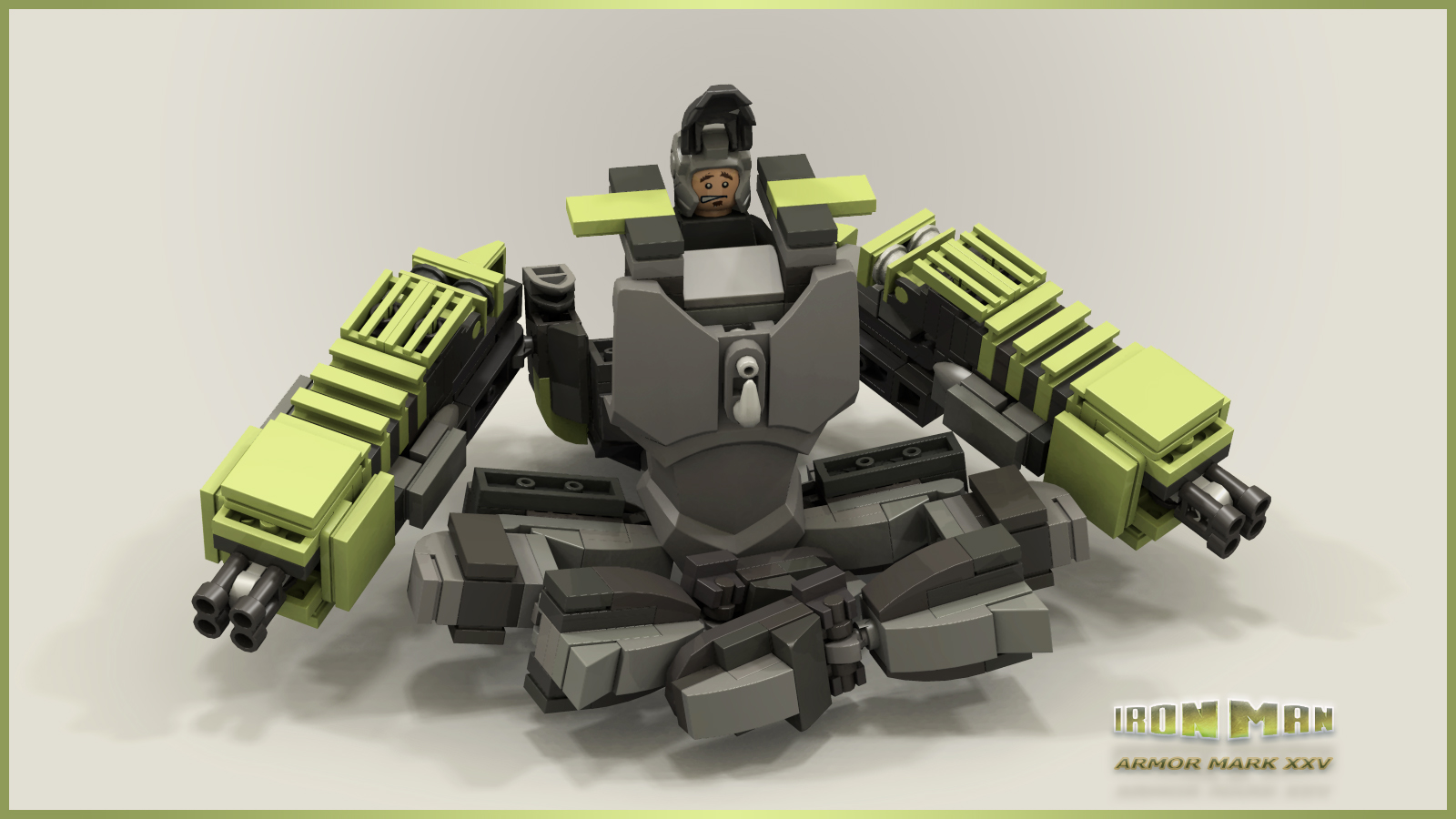