The Black Gate of Mordor

By Shayd_DeGrai
2 comments
"This was Cirith Gorgor, the Haunted Pass, the entrance to the land of the enemy. " ...

"Across the mouth of the pass, from cliff to cliff,
the Dark Lord had built a rampart of stone. In it there was a single gate of iron, and upon its battlement sentinels paced unceasingly." ...

"None could pass the Teeth of Mordor and not feel their bite, unless they were summoned by Sauron, or knew the secret password that would open the Morannon, the black gate of this land." - JRR Tolkien, The Two Towers 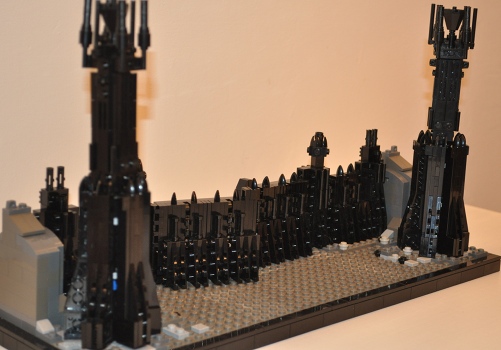 Continuing my series of Lord of the Rings micro-builds, I humbly offer my interpretation of The Black Gate, Cirith Gorgor, and Narchost and Carchost, the Towers of the Teeth. 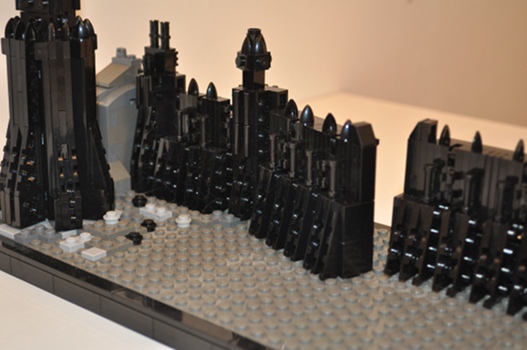 The model is 50 studs wides, 20 studs deep and features two six-sided towers that stand 27 studs tall. The gate is functional and can swing wide to let loose the full host of Mordor at Sauron's command. 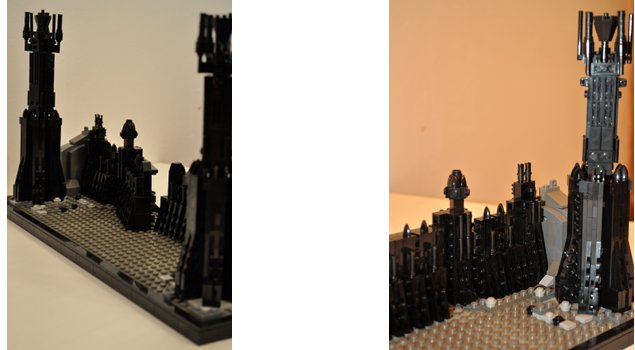 Middle Earth is rich with iconic structures and locations. I envision this kit as one part of a Lord of the Rings Collectors' series targeted at adult fans of Lego and (potentially non-Lego) LOTR collectors. Each kit in the line would be an abstraction of an iconic place in Middle Earth similar to the current Architecture line in scale and packaging for small models and an ultimate collector's series for larger models that demand greater detail.

Just as the Architecture kits include snippets of the history of the real buildings they portray, the LOTR Collector kits could include production notes from the films and/or synopses from the books.

If you like this model, please support it and don't forget to check out my other LOTR ideas.