The Evolution of Houses 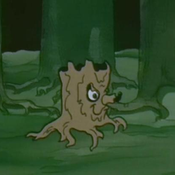 This is a set I've made which represents the evolution of houses. Basically I've built 4 different houses of 4 different timezones.

(From left to right) The first build represents a cave from The Stoneage. These types of "houses" were the first ones ever.  There's not much else to say about this build, it's just a lot of rocks.

The second build represents a hut from the early Medieval Period completely made out of wood. It also includes a nice small river with a rowing boat.

The third build represents a bigger house from the 1800s. This time it's both made out of coloured wood and stone. The house includes a balcony and a chimney.

The fourth and last build represents a house in the present timezone. This is by far the biggest and most modern house by them all, obviously! The house consists of hard reinforced concrete coloured white and A LOT of windows! It also has a nice decorated top which was hard to design, so I hope you like it!

This set took around 4 hours to build and master. I got the idea from seeing an image of the evolution of man, which gave me the idea to do it in LEGO. I quickly noticed how hard it would be to build it, so I changed my mind and instead made this.