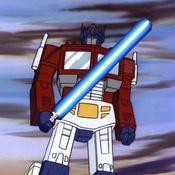 By Jedi master Optimus prime
15 comments
This LEGO set is based off of the Holding out for a hero scene from the movie Shrek 2. The set includes the characters, Shrek (human), Shrek (ogre), Fiona (human), Fiona (ogre), Donkey (horse), Donkey (donkey), Puss in boots, Gingy, the Fairy GodMother, Prince Charming, King Harold, Queen Lillian, three knights and an articulated Mongo. Mongo has some accessories including foam hair (after the knights poured foamy milk on his head), a giant farbucks coffee cup (when he was rampaging through the city and picked it up and tried to drink from it), and a flaming gumdrop (after the knights catapulted a fire ball at him). The knights have weapons to fight Mongo including a bucket of milk and a catapult. The scenes included with the set are the awkward dinner scene, invading the castle and the ball. I think that this would make a good lego set because it would appeal to not only Lego fans but also Shrek fans.