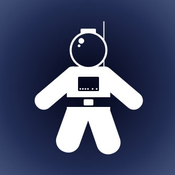 I call this one a Fire Tower and I wanted to do something a bit odd. Most vehicles are horizontally oriented so I tried to come up with something that was vertical instead.
I’m not sure it’s evident, but I was going for a steam punk theme with the coloring and details. Personally I would just love a whole series of Steam punk inspired models on my display shelf at home. If you do too, the vote this one up! Thanks.

As you can see it’s in full action putting out a fire. (Luckily I had all those light blueish cylinders to make a  compelling water stream.) I’ve tried to make all the details on the model meaningful and not just bash it with nonsense.
(You have to excuse the placement of the stickers. I had my son put those on… He loves stickers so I couldn't refuse.)

It was quite a challenge for me to build this one as I haven’t done anything serious with Lego since I was a kid. But now my son introduced me to it again.
This model  was first done in LDD and then I managed to order all the parts through Bricklink. Quite a choir actually and plenty of suppliers in order to get all the pieces that I needed. (Afterwards I had to reinforce some parts of it that weren’t that sturdy.)

Data: The Fire Tower is 15cm in height and consists of about 800 Lego pieces. The cockpit can fit two mini figures and it has some controls for them to use. You simply remove the top of the tower to get access.

Admit that you need one of these so vote for it! :)