221B Baker Street from Sherlock (BBC) 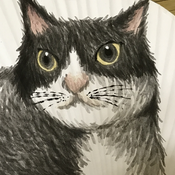 221B Baker Street from Sherlock (BBC)

This model is inspired by Sherlock - a BBC drama TV series based on Sir Arthur Conan Doyle’s famous Sherlock Holmes detective stories. The building exterior is based on the combination of North Gower Street, which is “Baker Street” in the drama and the Sherlock Holmes Museum in London. The interior is decorated with completed furniture to recreate scenes in the drama. In order to increase playability, the model is hinged in a few places. You can either separate it level by level liked any other modular buildings, or just separate it in the middle liked a dollhouse. The model is constructed on a 32 X 32 baseplate. No stickers is applied. 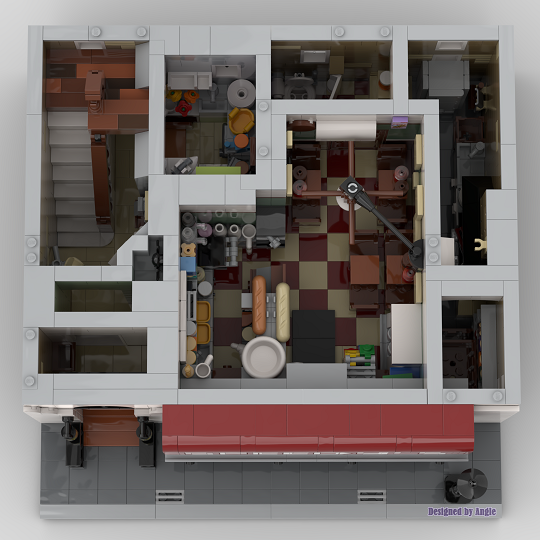 The counter and dining area is based on photos of Speedy’s sandwich bar & cafe I searched from the internet. The toilet, kitchen and storage room are all by my imagination.

According to the floor plan I got from the internet, Mrs Hudson’s apartment should be on the ground floor just behind the cafe. However, in order to place the whole building onto a 32 X 32 base plate, I kept the kitchen on this floor but had to move her apartment to the second floor .
First Floor : John & Sherlock’s living room, kitchen, Sherlock’s bathroom & bedroom 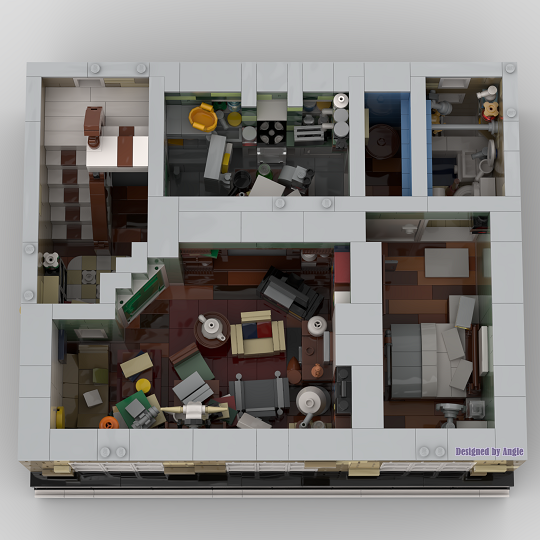 This floor is mostly based on the amazing 360° google map of the 221B interior setting in the drama. Sherlock‘s bedroom was moved from the back to the right-front, for the same reason of Mrs Hudson’s apartment. Some easter eggs such as sherlock’s experiment material(s), the yellow spray paint and the persian slipper are hidden in this messy scene. 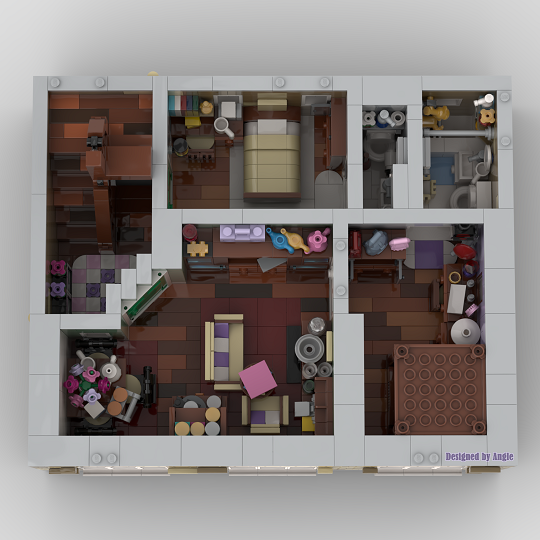 Unfortunately, John’s bedroom and Mrs Hudson’s apartment were always behind the scene, so this floor is completely based on my imagination. John and Mrs Hudson can access to their own private space through separated door-gates. Mrs Hudson’s bedroom is mainly decorated in light purple. (According to the clothes and accessories she wears in the drama, I guess she is a fan of this colour.) Although no kitchen is at this floor, there is an electric stove for her to make tea. 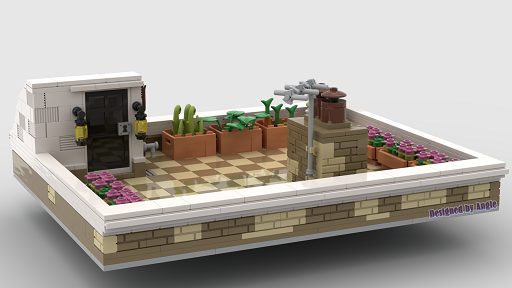 I made a small garden for Mrs Hudson to plant her flowers and vegetables. I am pretty sure Sherlock will frequently "help fertilizing" them after finishing his experiments.

At this moment I only finished 4 minifigures :Sherlock, John, Mrs Hudson and Mycroft. All minifigures are created from official minifigure parts. Other characters will be completed at the following updates.