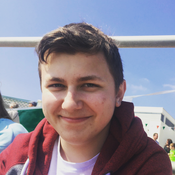 By Zibezoo 27
27 comments
This is my LEGO 60103 Flying Scotsman MOC. It has taken almost 1 year to build and finalise so that it is visually appealing and works around a LEGO track.
What is it: This creation was based on 60103 Flying Scotsman which was a type of locomotive know as the A3 pacific. It was built in 1923 at Doncaster works and was designed by Sir Nigel Gresley. It would run between London and Edinburgh along the east coast main line on the London North Eastern Railway (LNER). It was also the first ever steam locomotive to officially reach the speed of 100 mph.
Details: The locomotive was built to 6 studs wide and 52 studs long with coal tender and 73 with the additional water tender. The tenders has been designed in such a way that Powered-up parts can be installed to allow the locomotive to move as well as powered up lights to light up the cab. The cab has a detailed interior with a firebox, multiple dials and levers. The cab and tender can fit one minifigure each, so a driver goes in the cab and the fireman goes in the tender. However, at a tight squeeze 2 figures can fit in the cab. The coal tender also has a little feature where if you lift off the water tank the powered-up hub can be accessed to turn it on. On the other hand, the water tender has a future where the hub can be easily turn on by pressing on the water tank.
Why did I build it: I built this locomotive as I am a fan of steam locomotives and Flying Scotsman is one of my favourites. I have always wanted to build my own LEGO steam engine and my first ever attempt was unsuccessful. However, I tried again with this build, and I am very happy with the final result.
Why would this be a great LEGO set: I think My locomotive would be a great LEGO set as it would be a nice addition to the roster of LEGO trains.