Beauty and the Beast Parade Float 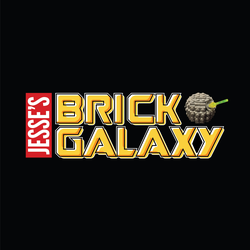 The Beauty and the Beast Parade Float is the first, of several possible, project ideas I have for custom LEGO sets which could be combined to form a Disney Princess Parade Float Train. A highlight attraction of the worldwide popular Disney Parades are the Disney Princesses. And with the recent release of this LEGO theme, I thought this would be a great way to display them on any LEGO train layout. A LEGO train that could pull several train cars that appear to be Parade Floats. Reusing the parts from the Disney Princess sets available, I have customized several cute Parade Floats. The unique building technique is to build a low platform wrapping around the LEGO train wheels, so the wheels are barely visible. The train car appears to be a Parade Float, which traditionally are built around some type of vehicle.

For this project, the Beauty and the Beast Parade Float, I have built a simple green brick platform to represent green grass, with a nice decorative round stud pattern at the bottom to provide the appearance of a colorful parade-like draping around the train car platform. Reusing the parts and minifigures from the "Belle's Enchanted Castle" LEGO set, I've customized them to create a Disney Princess Parade Float. We have a train tunnel on our LEGO train layout for the Greater Midwest Lego Train Club, which restricts the train cars to be a lower height. This is a good practice though, it keeps the center of gravity lower on the train car for better balance while in motion on train tracks. We have been running my Disney Princess Parade Float Train on our layout regularly, and as no surprise, it has been a popular attraction for all and especially favorite to the younger girl guests.

Please support this project because I think it is a great LEGO idea and an affordable option for a LEGO train car. If it becomes a LEGO set, each Disney Princess Parade Float could be sold separately. It has playability, whereas it could be pushed around with posable minifigures. Or it could be displayed on a street scene. And if you already have a LEGO train, it could be added as a one new train car. Or combine several LEGO sets to make a longer unique Disney Princess Parade Float Train.