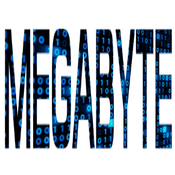 By Megabyte0101
15 comments
This is a large model of airship, the design of which I have invented when I wrote my book about floating islands. You may use this idea to create expeditionary missions and air battles in the magical world of Otorotian Empire and flying islands. The model also includes a mini-scale version of a floating island and four minifigures of the King Unurfi III, two Imperial warriors and the Dark Knight. This airship is built of more than 2800 parts. Inside the airship there is a dining room and a library. On the top of cabin there is a balcony and wine barrels. I hope you will like it.