LOTR: Fall of the Witch King

"No living man may hinder me."

"But no living man am I! You look upon a woman. Éowyn I am, Éomund’s daughter. You stand between me and my lord and kin. Begone, if you be not deathless! For living or dark undead, I will smite you, if you touch him."

-JRR Tolkien, The Return of the The King 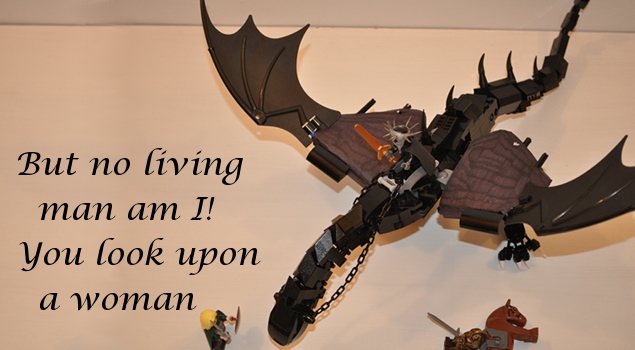 Those of you who follow my LOTR work know that I'm not usually one to dwell on mini-figures, but upon collecting the first wave of official kits I was moved by the lack of _any_ female representation in the first wave. I'd like to correct this oversight and the first of these offerings should be Éowyn (and Merry) in her showdown with the Lord of the Nazgul and his Fell beast. 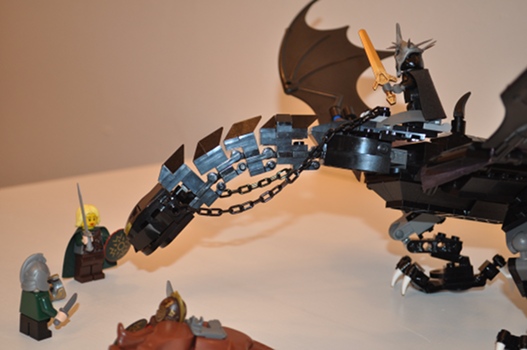 The primary build of the set is a fully posable Fell-beast. The Nazgul's flying mount has a 16" wingspan, is over 18" long and has nasty taloned feet that can pick up one of the newly redesigned horses with relative ease. It has a mount for it's dark rider and chains for reigns.

To complete the scene, the set includes four mini-figures and a horse:

Éowyn - in her disguise as Dernhelm of Rohan.

The Lord of the Nazgul (a.k.a. The Witch King of Angmar) with sword and flail
(not shown here - I haven't made on yet) 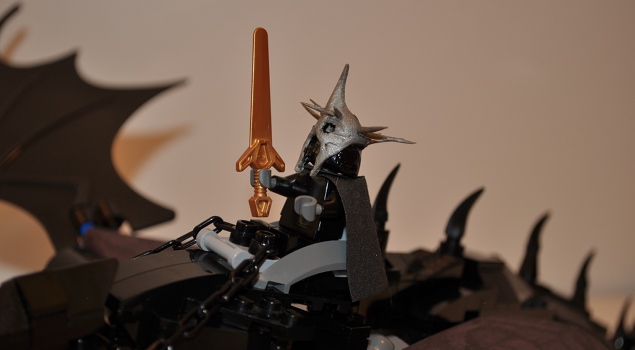 They say that the true measure of a hero (or in this case heroine) is defined by the things/villians that they overcome. If this is the case, then the character of Éowyn is one of the great female heros of fantasy literature. The Witch King, lord of the Nazgul, was believed to be immortal, protected by a 1000 year old prophesy that claimed the Witch King would not fall by the hand of man. Despite this, Éowyn squared off against the black rider and his terrifying mount, and with the help of Merry the Hobbit, slew the beast and defeated the Witch King. 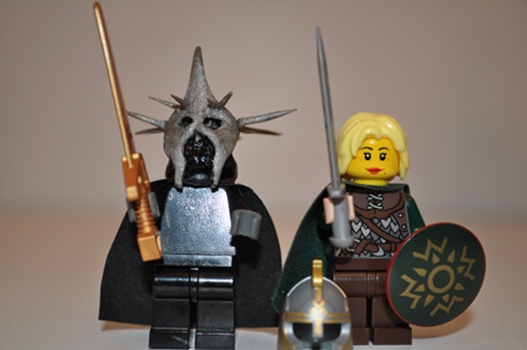 If you think Éowyn and her dark adversary deserve to be immortalized in mini-figure (or if you just like the fell beast model, please support this proposal and don't forget to check out my other LOTR ideas.

As always comments and suggestions are more than welcome.