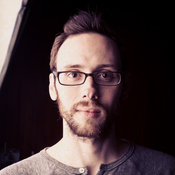 The most popular tourist attraction in Texas ... commemorated in Lego!

Every year nearly four million people visit the Alamo Mission in San Antonio, making it Texas' number one tourist attraction and one of the most popular historic sites in the United States. Designated a National Historic Landmark in 1960, the Alamo (together with four other San Antonio missions) was designated a UNESCO World Heritage site in 2015. The iconic landmark has been featured in countless TV shows, miniseries, and films featuring notable actors from John Wayne to Billy Bob Thornton. Though much of the original mission compound has been lost over the years, the Alamo remains the best-known building in Texas.

Construction on the structure began in 1724 by Spanish missionaries and native American Indians. Originally intended to serve as a Roman Catholic mission and fortress, the building was one of the earliest Spanish missions in Texas. The mission was abondoned in 1793 and sat empty for 10 years until being re-purposed as a fortress to house a Spanish military unit from San José y Santiago del Álamo in Coahuila (who likely gave it the name 'Alamo').

Mexico surrendered the fort to the Texian Army during the Texas Revolution and a small number of Texian soldiers occupied the compound for several months. This number grew with the arrival of reinforcements led by eventual Alamo co-commanders James Bowie and William B. Travis. On March 6, 1836, these men fought for Texas sovereignty against a Mexican force of 2,600 commanded by General Antonio Lopez de Santa Anna. The defenders of the Alamo were killed after the infamous 13-day siege known as the Battle of the Alamo.

Six weeks later, the Texan force cried "Remember the Alamo" as they defeated the Mexican army and captured General Santa Anna at the Battle of San Jacinto. Nine years later, the United States annexed Texas, and in 1848, the U.S. won the Mexican-American War.

Over the next 50 years, the Alamo was used for a variety of purposes: to garrison soldiers, as a quartermaster's depot, and even as a wholesale grocery store.

In 1895, the Daughters of the Republic of Texas (DRT) began trying to preserve the Alamo, and in 1905 they successfully convinced the state legislature to purchase the remaining buildings in the complex and to name the DRT as the permanent custodian of the site. In 2015, control of the Alamo officially moved to the Texas General Land Office.

My Lego Alamo model is approximately 1:60 scale and represents the landmark as it appears today. The model includes the iconic main facade, the start of the arcade (the arches to the right), and some of the wall of the long barrack (including the entrance gate). I’ve also included the flag-pole, the grassy areas of the courtyard, an olive tree, fencing, and even a couple trash cans, making it an even closer representation of what the Alamo is today. The model isn’t quite to mini-fig scale, but there are two micro-fig tourists. The only original piece / sticker needed would be the nameplate; all other pieces exist today.

When viewing the model from the back you can see the interior of the front three rooms: the baptistry on the left, the confessional on the right, and the beginning of the nave in the center. The flags along the front wall, the chandelier, and the welcome sign have been included. The roof snaps off in 3 sections for easy access to the interior rooms.

Check out my flickr album to see more close ups and some of the interesting techniques employed.

Please let me know if you have any questions / comments; I'd love to hear what y'all think! I have many fond memories visiting the Alamo as a kid, and I think lots of people would enjoy building this important piece of Texas history.