Brake Through: A Transforming Robot 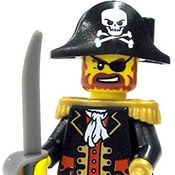 Introduction
Who can go from 0 to 60 in 2.3 seconds? Who can stop in the blink of an eye? Brake Through! No, his name’s not a typo, Brake Through is a heavy robot who, instead of working out, decided to make himself be able to transform into a sports car. He’s used to going extremely fast, and then stopping quickly, using his weight! He can turn from car mode to robot mode, and back again without using any partsforming (taking off a piece, and adding it back on somewhere else). I built him because there is a lack of robots that can turn into other things, like cars.
Car Mode Description
My initial design was a Porsche 918 Spyder, however I soon had to make several modifications in order to make the transformation. These include making the “cab” bigger, shrinking the hood, and making the wheels larger. You can see the legs of the transformer, but it ends up looking like the seats. I am toying around with the idea of adding a steering wheel inside the car, but that’s more for an update in the future. He even has a spoiler! I know the car turned out looking more like a rally car or something, rather than the original concept, of a Porsche, however, I think that adds to his personality.
Transformation to Robot Mode
Robot Mode Details
In robot mode, Brake Through has a mullet, two large arms, chicken-like legs, and a large belly. The details from car mode make him appear as though he is built from car parts, rather than being just a robot. His mullet, and slight pot belly makes him feel unique and tells you a lot about his character without needing any words. A picture is indeed worth a thousand words! He is kind of hard to pose, but that defines his character well. The positions that you can get him in really shows his personality. His build really departs from Wheeler’s and he looks alien and robotic in ways that Wheeler doesn’t. Now, I’m not saying that he’s better than Wheeler, it just sets the two apart.
Why I Built Brake Through
I really loved building Wheeler, so I decided to build a second transforming robot. Although I can definitely see these two in the same universe, I am not trying to suggest a new Theme. While I think a new theme like this would be amazing, I understand that the people at Lego Ideas don’t want to make new themes based on product ideas, and I respect that.  My submitting several of these transforming robots is like someone submitting multiple cars, or houses, it’s because I want to see one idea get chosen, even if it’s not my favorite, its at least a transforming robot.
How I Built Brake Through
I started off with the central mechanic (the windshield), with the reference image in mind. First I explored how the two sections would combine, then how they would transform, and finally I added the details. Next, I built the hood, by taking the base piece, attaching it to the windshield in a way that was transform-able, and then I added in the details. Afterwards, I built the arms using the central mechanic and then adding on all the details. I finished off the build by adding the legs, the grill, and the front wheels using the same technique.