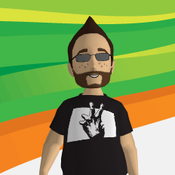 It features a computer station, restraint for the Iron Patriot, a tool bench and three minifigures; Aldrich Killian with a trans-red hand and head, and Colonel James Rhodes both in and out of the suit. 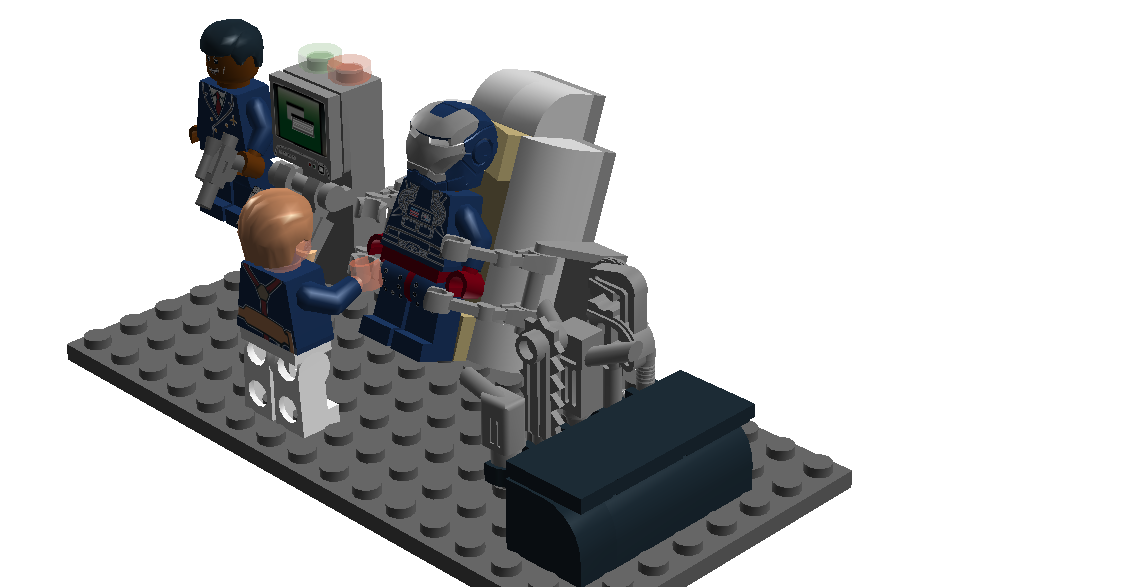 Aldrich Killian using his power to heat up the Iron Patriot suit to get Colonel James Rhodes out of it. 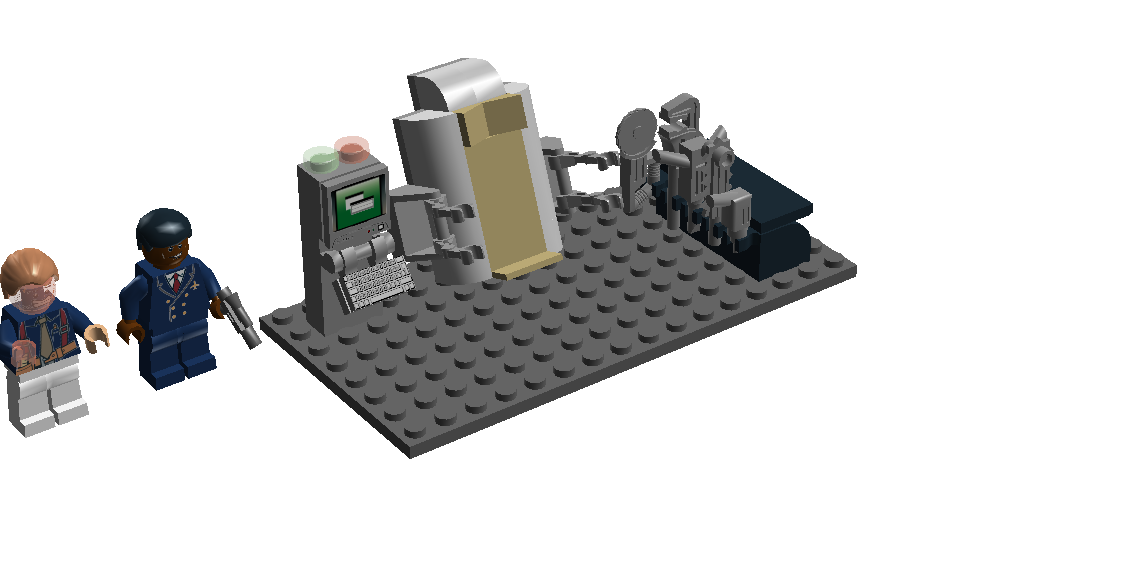 Here is a picture of the set without the minifigures on it. You can see all the tools used to attempt to pry off the Iron Patriot suit.

The restraint table, between the head rest, claws and the ledge for the feet, the minifigure fits in there nicely. It also bends slightly back as you can see in the picture and can be moved to an upright position as well.

The computer station with a computer screen and keyboard. 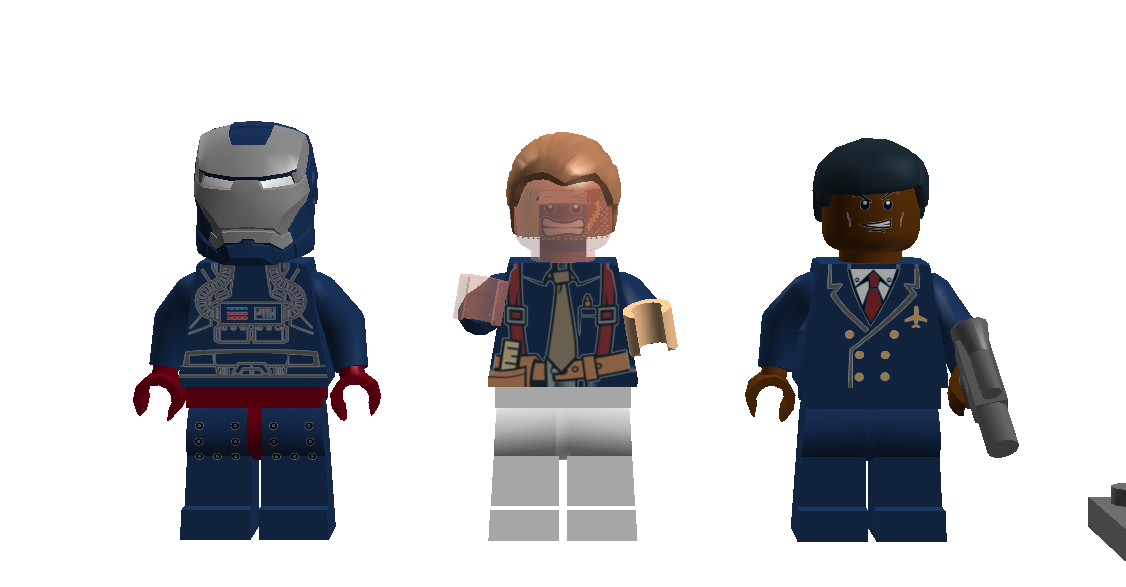 Obviously these would look different than in the mockups here. Due to the limitations of the program I am using to make these look not as they would. I tried to make them look close to give an idea of what they could be. In this scene I forgot what Colonel James Rhodes was wearing, and I added a sudo air force suit, but I'd rather have him be in the outfit he was in under the suit.