Lord of the rings: Nazgul on Fell Beast (updated) 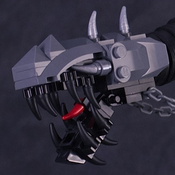 
First of all, thank you for visiting this page!

Being a big fan of the Lord Of The Rings films, I felt the urge to bring a cool "Fell Beast" to life (with LEGO bricks, of course!) when LEGO brought us the "Middle Earth" themed sets.

I would love that every LOTR fan could have this dreadful monster at home and make sweet dreams, full of Nazgûls... ;-)

Ideally, I'd love that the rider of that beast be the Witch King with his particular helmet.

EDIT: The current model is an improved version which has an "official" technique for the neck and better legs (as you can see on the upper picture) 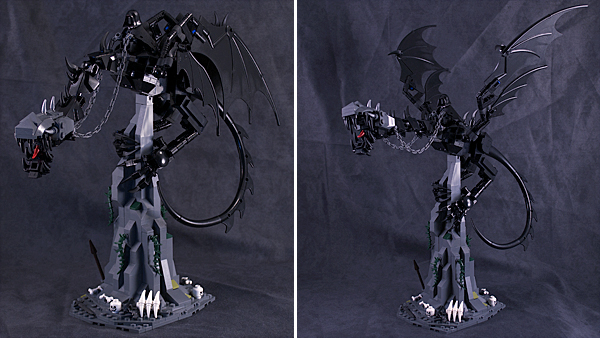 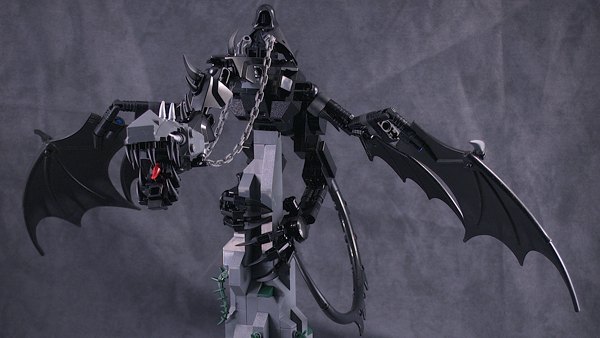 "Do not come between the Nazgul and his prey!" 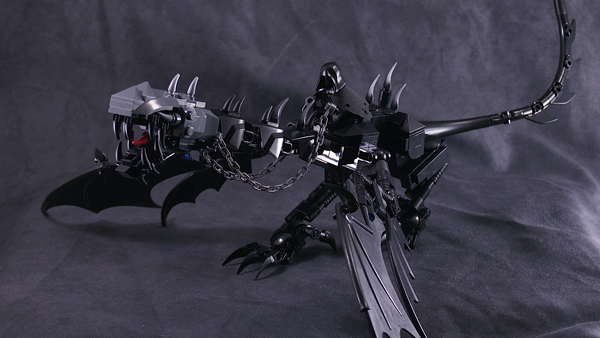 The beast can be separated from its peak / pedestal.