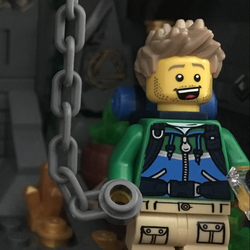 BennoUno
24
265
days left
My model is of Hercules battling Hades above the River Styx. I wanted it to have the feel of a final battle with Hercules being pushed back to the edge of the cliff side, fighting for his life to not fall into the Styx. Hades has command of the place and has conjured fire everywhere to black any attempts to escape.
I wanted to build a set that could be shown off as a display model which is why I included lighting in the river to bring forth the swirling effect of the Styx and added in the tunnel for the river to flow out of.
I think this would be a great collectors model for anyone who loves to display detailed sets and admires the story of Hercules.
24
265
days left