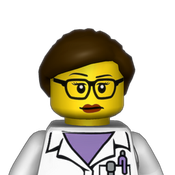 By Almarsafy
15 comments
This is a model of an Egyptian rural house. Typically found in the country side in the south of Egypt in an area called elnouba. These buildings are built using materials from the surrounding environments. Bricks called mud bricks or green bricks formed from the mud brought in by the Nile river. It is also common for the same materials to be used in the ceilings and thus they are usually shaped as domes and vaults giving it a unique look. These architectural formations are based on the internal living spaces with an internal court yard overseen by all rooms. On the other hand external openings are much smaller. The renowned Egyptian architect Hassan Fathi pioneered this style of architecture and has a plethora of works using these traditional building techniques and materials. His works has been internationally recognized. This model could be a good LEGO set as it will give an outlook to a different type of architecture and style than the one typically found in a European town.