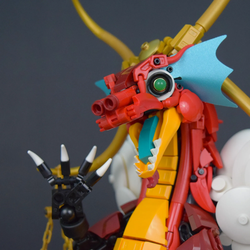 Tired of switching out Lego displays throughout the year? Four Seasons aims to be a model that can be displayed all year long. Due to its circular nature, you can easily rotate the model to fit the respective season.