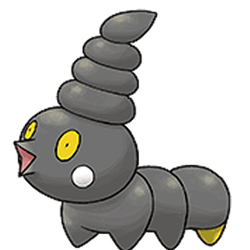 By TacoFarmer
25 comments
Inconceivable!
Straight off the film reel of the classic 1987 film, The Princess Bride, is a collection of 3 iconic scenes in one legendary location. This build is composed of 3 parts that can be rearranged in many ways and depicts the 3 scenes that take place on the Cliffs of Insanity, each with a unique play feature.
The first build focuses on the climb of the cliffs and the duel between The Man in Black and Inigo Montoya. This scene depicts the ruins that Inigo and Westley battle in, being mostly created of pieces with a molded brick pattern to create a brick built design with rock and plant pieces used to show how nature has reclaimed this area. A staircase leads to a destroyed arch and well. Within this arch is a brown bar with a gear attached. This bar represents the wooden beam that Inigo and Westley swing upon. Turning the gear will cause the bar to turn, with any attached minifigures to spin along with it. A small brown tile holds their blades as they swing and a rope attached to a stone pillar dangles off the precipice.
The second build is the the fight between Fezzik and Westley. These dirt covered hills are decorated with various rocks and plants, with one large rock piece for Fezzik to ambush is opponent from behind. Plants grow from the front of the model and a spider climbs up the cliff. The play feature of this build is a small catapult at the top of the hill. This catapult launches rock pieces, just how Fezzik throws rocks to initiate his duel with Westley.
The final build is the rescue of Buttercup and outsmarting Vizzini. The green hills of this section greatly contrast the first 2. In the center of these hills is a simple brick built rock with a white round top, representing a tablecloth. Adorning this cloth is a bottle and 2 chalices, with a baguette close by. The play feature of this model is focused around this rock. A gear system inside the build allows the top of the rock to spin, representing Vizzini switching the chalices around to trick Westley. This is activated by a gear on the side of the model. At the back of the model is the hill that Westley and Buttercup escape down after their ordeal at the hands of Vizzini.
This build contains 5 minifigures, Westley, Inigo, Fezzik, Vizzini, and Buttercup, and is 751 pieces.
One of the greatest films of all time deserves another time in the spotlight in a new Lego coat of paint.