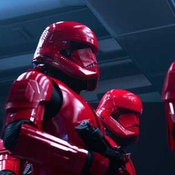 The date is 2647 A.D. on the planet Xsihor. Many different types of species reside there. It is a planet full of thievery, crime, pilfering, black-market deals, shady business men, and a corrupt government. Xsihor is one of the most dangerous and deadly planets in the galaxy.

That is why a secret organization referred to as,”Krenos”, decides to send out one of their top agents, Mr. Xthran, a native to Xsihor. They charge him with the task of capturing a well known crime lord who goes by the name of Zerthar. He runs the largest counterfeit business in the galaxy, and is wanted by the secret police. The reward for his capture or death is 150,000,000 credits.

Many bounty hunters have tried to collect the reward but all have failed. That is why Krenos decides to step in. They sent out Mr. Xthran with his mission:[Capture Zerthar, or terminate him]. Now Mr. Xthran is no ordinary humanoid. He is equipped with a ray blade which can slice through almost anything. He also has a modified A7-9T blaster rifle. He wears laser-proof armor with a nitron jetpack.

As Mr. Xthran zoomed out of Krenos’es base in his ship, the Challenger, he adjusted his hyper-light engines to light-speed to Xsihor. He typed in the coordinates and pulled back the lever. The stars around him blur as he light-speeds to Xsihor.

Upon his arrival, he was greeted with laser fire. Yanking the throttle sharp to the right and peering out of his viewport, he saw several large modified Arrack class 3 pirate spaceships. Veering around to face his attackers, Xthran heard a muffled voice through his comm unit:”Surrender your ship, or you will be destroyed!” Shaking his head, Xthran replied,”Sorry, that’s not on my schedule today. So, if you don’t mind…” He quickly pressed down on his firing buttons. Phew! Phew! Phew! His lasers zoomed across space and collided with the smallest of the pirate ships. KA-BOOM!! It exploded in a fireball of inferno.

Xthran’s heard a snarl from his comm unit.”Alright”, a scratchy voice said.“If that’s how you want to play…” Suddenly the two remaining pirate ships launched 17 concussion heat-seeking missiles towards his ship! He yanked the control stick back, narrowly avoiding several missiles. He pushed the throttle, and sped straight toward the pirate ships!

Lasers flashed all around his ship. He kept going straight, even though his shields were taking heavy damage. The concussion missiles sped behind him. In the fraction of a millisecond before he hit their ships, he yanked the control stick back, and zoomed up as the missiles behind him rammed into the remaining pirate ships! KA-BOOOM!!!! As Xthran turned around to see the destroyed ships, he sighed with relief.”Well, it’s time to get back to my mission”, he said, as he zoomed toward Xsihor.

Meanwhile, at Zerthar’s lair, Zerthar was relaxing in his base. He was thoroughly enjoying himself and drinking and having a good time. He was surrounded by hundreds of his hired mercenaries, who were ever vigilant, looking out for danger. All of a sudden, his ship scanners blared an alarm:” Incoming ship! Incoming ship! <font color="#000000">Incoming ship!” One of his technicians called out,”Incoming ship. Class 2Y-78 Chackter ship. It registers as…… the Challenger. Should I put him through?””Pleassse do”, Zerthar replied.”Alright, I’ll put him through”, the technician said.

He keyed in his comm and connected to the Challenger.

In the meantime, Xthran was flying down towards the surface of the planet Xsihor. He heard a buzz, so he checked his comm, and turned it on. A voice came through.”Hello, sssstranger. What busssinessss do you have on my planet?””Your planet? It’s not your planet. It belongs to your leader, Count Harker.”Xthran said.”Oh really? Well now it belongsss to me. I...eliminated him. So now I have taken charge of hisss affairsss and now I am the ruler of Xsssihor.”Zerthar replied.”We'll see about that”,Xthran said as he cut the connection.

Silence. Comm silence. Nervously, Zerthar’s mercs waited for his command. He bellowed,”I know what isss happening! Thisss isss another bounty hunter ssset on my dessstruction! He hasss come to take the reward for my ssskin! Prepare defenssse measssuresss!”Zerthar yelled. His crew started prepping the mechanisms, mercs checked their weapons and took up guard around Zerthar, and pilots strapped themselves into their fighters and took off to meet their new threat.

As Xthran skimmed across the rocky land on Xsihor towards Zerthar’s fortress, he saw a squadron of fighters flying towards him. He quickly adjusted his course to intercept them. He pressed down on his rapid-fire firing button, and lasers flew towards the approaching ships. Phew! Phew! Phew! His lasers hit one of the six ships, exploding it into fragments which flew and slammed into two other fighters, blowing them up also. The other fighters fired their lasers, strafing across one of the Challenger’s side engines. Alert! Alert! Xthran’s alarms blared. Damage to one main engine! Damage to one main engine! Xthran quickly turned off the alarms and activated the healing process. Cooling seeped into the burned parts of his engine, sealing them and micro-scale robots started fixing the internal components. Xthran quickly turned his attention back to the battle.

The fighters were nearly on top of him. He yanked the joystick hard, skimming the top of the fighters cockpits. Xthran launched a dozen concussion missiles, zooming away to avoid the resulting explosion. KA-BOOOM!! They exploded in a fireball of flames. He adjusted his course and headed toward Zerthar’s base.

Back at Zerthar’s lair, Zerthar was not happy.”Our fightersss have been taken out! Maintain guard!”,he yelled. Some of his mercs quickly rushed to the entrance, ready to intercept Xthran.”Activate the ambusssh”,Zerthar said.”We will be ready.”

Meanwhile, Xthran had landed the Challenger and was cautiously walking toward the fortress entrance. He looked around, spotting no guards.”Huh, no guards. That’s suspicious.” He said. He slowly walked into the fortress, checking his scanners on his wrist as he did so. His scanners showed no sign of life, except in the very back of the building. He carefully walked down the hall, when suddenly the floor opened beneath him! He quickly activated his jetpack and flew over the hole. Inside it was monsters that only nightmares could dispute. He muttered,”Well, not walking on the floor again.”

He flew down the hall, but suddenly the room expanded to the size of a grassy field. He looked around in alarm as thousands of mercs poured out of hidden hatchways. Automated laser cannons popped out of hatches and aimed at him. And the mercs all pointed weapons at him.”Sssurrender, bounty hunter!”Zerthar’s voice bellowed over the comm-speakers.”And I will ssspare you”. Zerthar said.”Really? I’m sure you’d just kill me anyway”,Xthran replied.”Oh I will,I will.” Zerthar said. The mercs put their fingers on their triggers.”What’sss your choice? You don’t have much time.” Zerthar said. Xthran looked around. He was outnumbered 1 to 10,000. There was no way he could fight all of these guys. Xthran said,”Sorry, but I just can’t do that.””Then you will die!” Zerthar bellowed.”Fire!”

To Be Continued………
Thanks to everyone who read the entire story. The spaceship that you see is the Challenger, and the alien inside is Xthran. He comes with his ray blade and his blaster. I think that this would make an amazing set that everyone would love. It consists of around 900 pieces, and has 6 large engines on the back, with 2 heavy laser cannons in the front. I am planning on making more builds off the story, like Zerthar, and completing the story. Thanks for looking! Please support and tell your friends to support too! Thanks!
If you like this then check out my other builds at: https://ideas.lego.com/profile/STARWARSinventor/entries?query=&sort=top