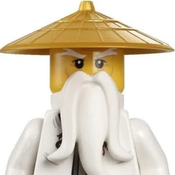 By Hung Nguyen
41 comments
Kim Quy (The golden turtle in Vietnamese) is the legendary turtle who repeatedly over the millennia come to help Vietnamese rulers defeat their super nature enemies and foreign invaders.
Once upon a time there was an old wizard who lived in a remote area with his two students. Once served as the Prime Minister in the court and a good friend of the king, he stepped down and moved away from the capital to focus on researching magic and medicines. But his most important power was that he was the only person at that time who can call out for Kim Quy.
The king regularly visited the old wizard since they were good friends. But in some special occasions he came asking his old friend to arrange meetings with Kim Quy to consult on the country’s important matters.