"Infinite are the wonders of this world, but none so astounding as humankind itself."
- Sophocles

Hi, I am doing a "Strategic Re-Launch" of this set for a few different reasons:

1) This set is so multi-faceted that it was was actually mistakenly marked as a "theme" the first time I submitted it... But it's actually one big single gigantic U.C.S. set for about $250, and it makes a bunch of "alternate builds" using the exact same bricks, just like a Lego "Creator" set. I am planning three more alternate build options, including The Halls of Mount Olympus, The Forum of the Old Republic, and The Pantheon of Rome, which will be specifically designed to use as many of the "leftover" pieces as possible, so everyone can have the maximum number of options to build multiple models at the same time!

2) Since this is by far my most ambitious and expensive set, I want to nudge it downward in the rankings just a bit, so it will finish a few months later than the others, and so the others can have the spotlight first, and have the highest chance of being produced. Please be sure to vote for my Rome set first and foremost, since it's the most popular civ by far, and it's now the fastest-moving Ancient World set that has ever been posted on Cuusoo at any point in time, past or present, and it's accelerating at 360%... If the current pace continues, it will be up on Page 10 with in 100 days!

3) It gives me a chance to re-post the newer deluxe POV-Ray renderings, and to delete the old "red box logo" to make sure that everything is in keeping with the new rules. 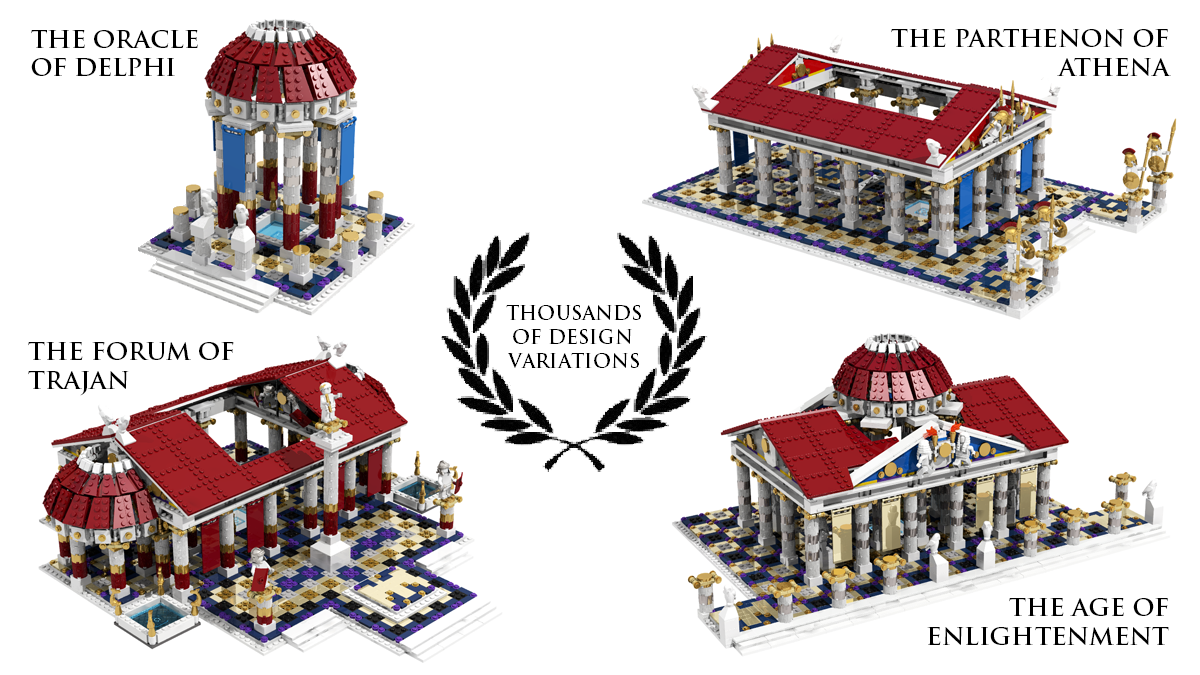 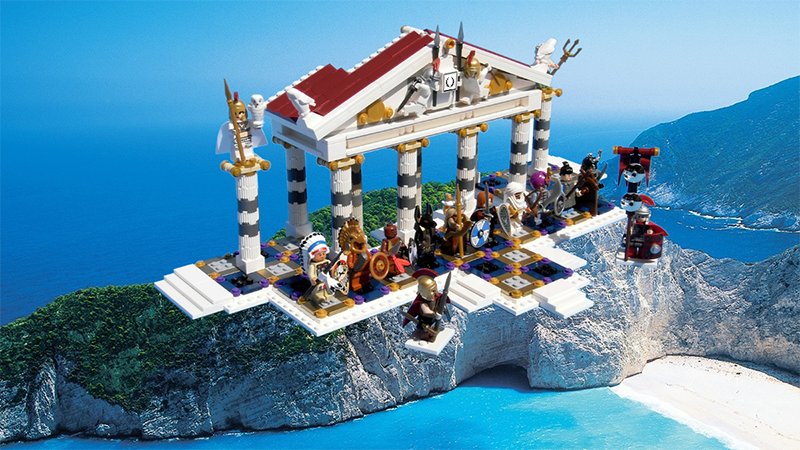 As a bonus, it is also very easy to add instructions to create smaller versions of each of the main temples, simply by truncating them neatly at a certain point behind the facade to create a partial version. This will be a benefit to builders who want a smaller structure that will fit neatly on a shelf, or one that fits more neatly into the grid of an existing Lego City layout. And naturally, by creating facade versions of various temples, or by creating partially-ruined versions of various temples, it means that you can build more of them at the same time with all the pieces included. Only the best is good enough! 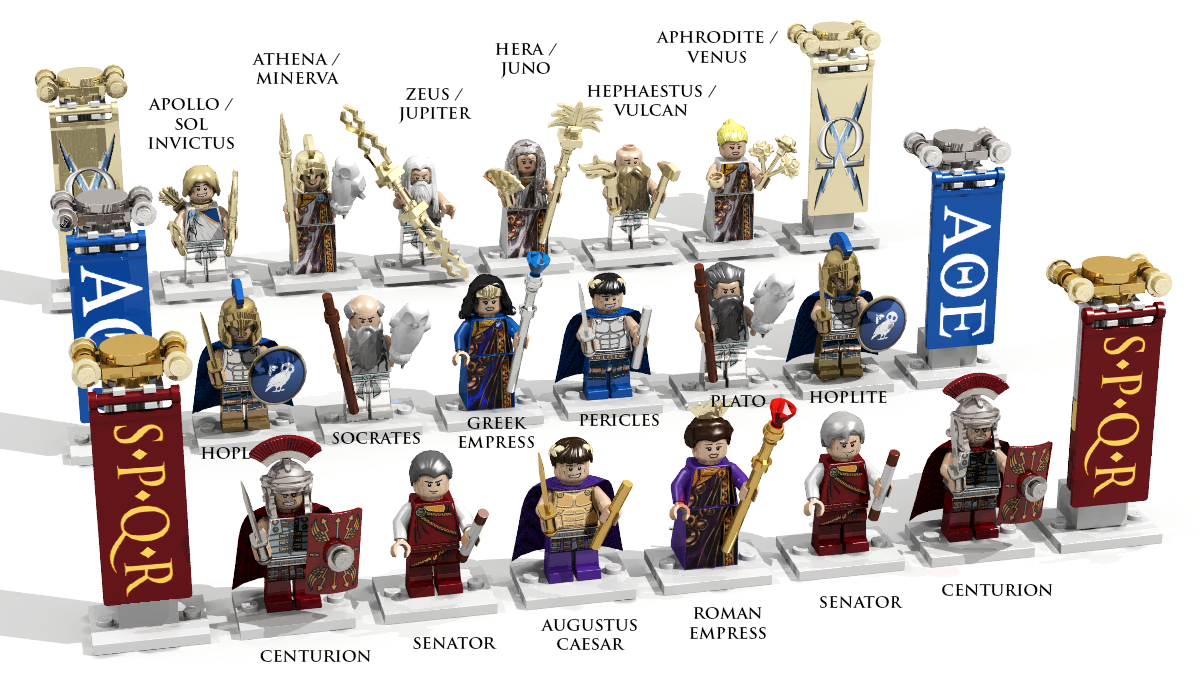 The vibrant mosaic floor can also be rearranged to build and play seven authentic Ancient and Medieval games, including Mancala from Africa, Senet from Ancient Egypt, Pachesi from Ancient India, the game of Go from Ancient China and Japan, Backgammon from the Byzantine Empire, Patolli from the Aztecs, and Chess from Ancient Persia and Medieval Europe. Plus, if you're eagle-eyed, you'll see that all of the major civs in my sets have enough minifigs to play as one side of the Chess board, with a King, a Queen, two cultural figures as Bishops, two soldiers as Knights, and unique banners to mark the Rooks!

If you are daring, you can also build boards for The Royal Game of Ur from Mesopotamia, the game of Ludus Duodecim Scriptorum from Ancient Rome, and several Hnefatafl games from The Viking Age, even though the rules for them have been obscured in the mists of time... Will you be the one to solve the mystery? With seven full temples, seven partial temples, and more than seven games, this will be the Lego set with the most alternate models ever produced. You can imagine it will be an eye-popping set to display and sell at the Lego Stores at the mall as well as major Museum Gift Shops in the future!

Once you have met those challenges, you are ready to complete your journey to Civilizations and Empires, Level 10: The Global Rankings Page for the latest updates.

Thanks again to everyone for all your support...! =D

You can see the Flickr slideshow of hi-res images and concept art for the whole series.