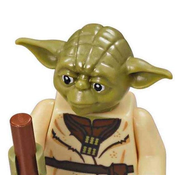 By JoseMG
41 comments
This is a fully functional Rubik's cube, the original, 3x3, with six sides and nine squares in each one, the colors that it is formed by are: blue, green, red, orange, yellow and dark blue/black.
I built it because I like both Rubik cubes and Lego, so I decided why shouln't I mix them up. This is the result.
I think it would be a great lego set because the Rubik's cube is a classic toy, almost a toy icon, and lego too, so a lot of people would like it. Also, as well as me, a lot of people who like lego, like the Rubik's cube, so I think it would be a great sucsses.