The Board Game: Yut (With 10 Long-Lived Things) 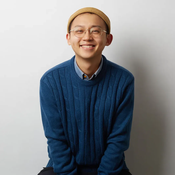 By Jerky Factory Jin
24 comments
The full name of Yut is the game of Yut.
Yut has been played in Korea since before the period of the Three Kingdoms (over 2,000 years ago).
This game is mainly played by families on New Year's Day, a Korean holiday.
The composition of this game is a baseplate (normally, it made by paper or fabric), player’s pieces, and a Yut that functions as a dice.
On average, the bottom plate is composed of black dots on a white background, but I made it with the background of Sipjangsaengdo, one of the Korean paintings. Sipjangsaengdo refers to a painting of 10 long-lived things.
Game method.
Basically, the two teams have four player's pieces each.
The pieces move after throwing Yut.
The game ends when four pieces return to the starting point first.
The total number of branches that come out by throwing four Yuts is five.
Yut is divided into front and back.
Front: When the grill tile looks up.
Back: When the grill tile looks at the floor.
Doh. - Move 1 space when 3 front and 1 back appear. (One of the four Yut has a black dot on the back. If you throw a Yut and get this point, go one space back. However, it doesn't move back if no pieces are on the base).
Gae. - Move 2 spaces when 2 front and 2 back appear.
Gerl. - Move 3 spaces when 1 front and 3 back appear.
Yut. - Move 4 spaces when 4 back appear. And one more throwing Yut.
Mo. - Move 5 spaces when 4 front appear. And one more throwing Yut.
There are three ways to throw Yut one more time in a player’s turn.
When Yut (4 moves) comes out.
When Mo (5 moves) comes out.
When you're standing with other person's pieces during your turn. (It called catch).
Shortcut.
When the pieces arrive at four turning points except for the starting point, you can choose a shortcut next time.
It is advantageous to get to the shortcut if possible.
Moving together.
When you throw Yut at your turn and arrive where your piece is, the pieces move together unconditionally.
You can move up to four together, so you can finish the game quickly, but the risk is high.
I hope it will be released as a product and many people will play with it.
You can see how to play Yut below video.