By Furno
1 comment
This is an original idea created to go with any of the Medeival Lego themes. The Mage lives in his tower where he creates wicked potions and curses to defeat whoever stands in his way! You decide, will he be the leader of his own army? or will he work with an evil king, or perhaps a big orc! The tower includes 2 floors and the roof, each floor has rocky parts, mossy bricks, and vines growing on the walls to give the tower an old and run down look. One great feature to this tower is that if you don't want to make it a Mage tower, a few tweaks on the inside deatails can easily make this Dark tower into an outpost for the Kingdom gaurd, or even an armory for the Castle gaurds! 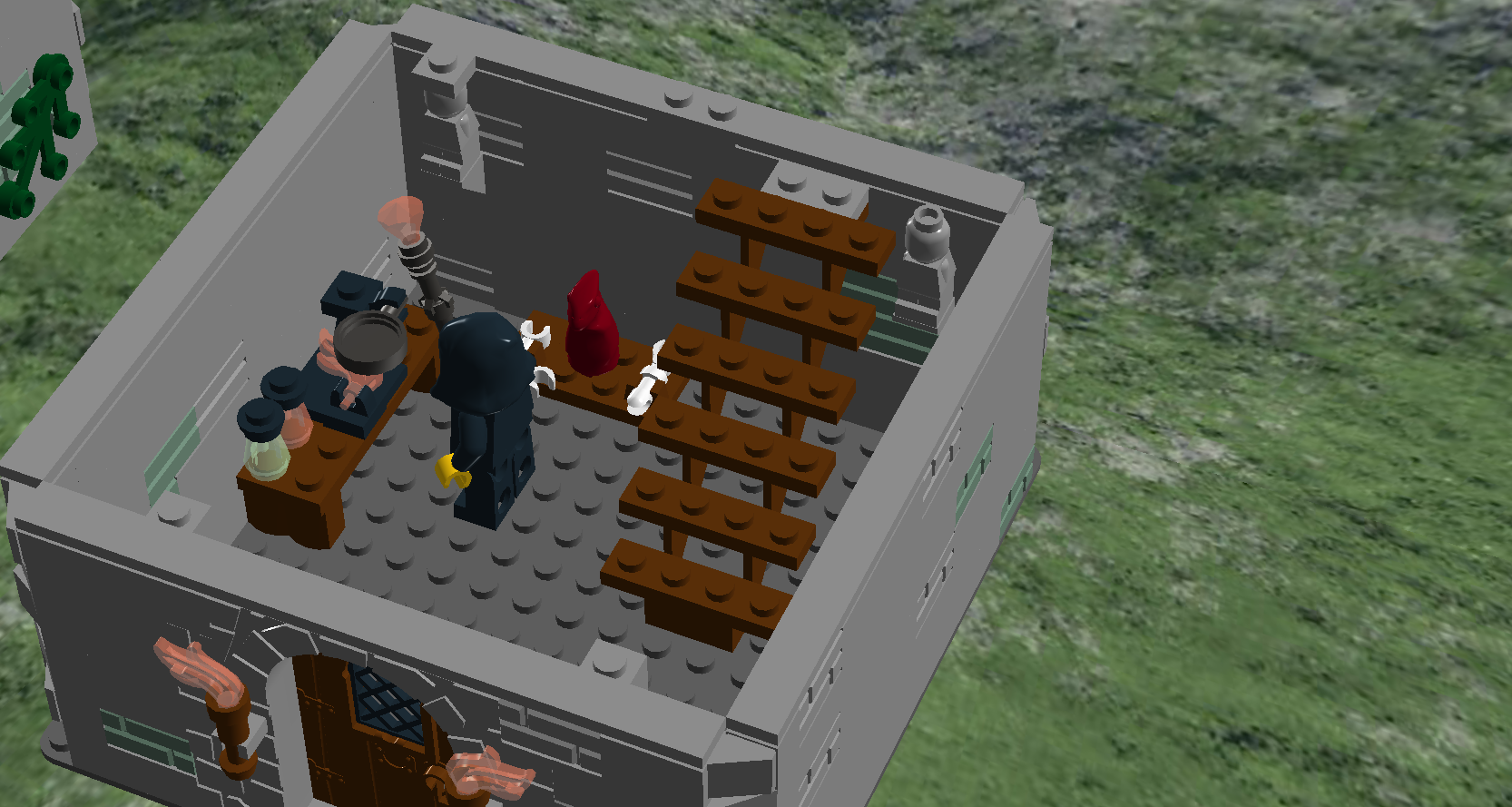 This is the ground floor of the Tower, the features includes models on the walls, an Alchemy table, and the Mage's young dragon! 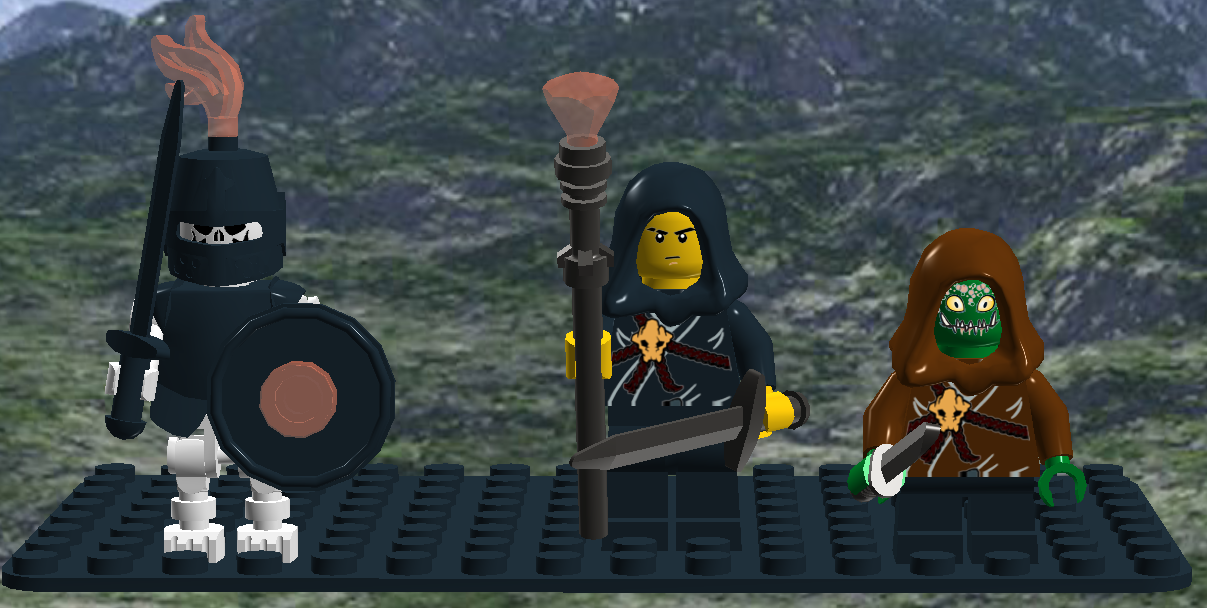 Here are the three figures included in this set. We have in the middle, The Mage. The mage uses his magical powers, his sword and his army of Skeleton's to destroy the Kingdom you put him in! next to him is his Goblin assistant. He is small and sneaky, always creeping around the Kingdom gathering plants and other ingredients for the Mage's new creations! (By the way, sorry for the mage and the goblin both having a Ninjago shirt, they would really have robes on. And finally we have the Skeleton Knight. One of the mage's wicked creations to gaurd the Tower. He strikes fear into his foes with his Black sword and armor, and his flaming helmet! 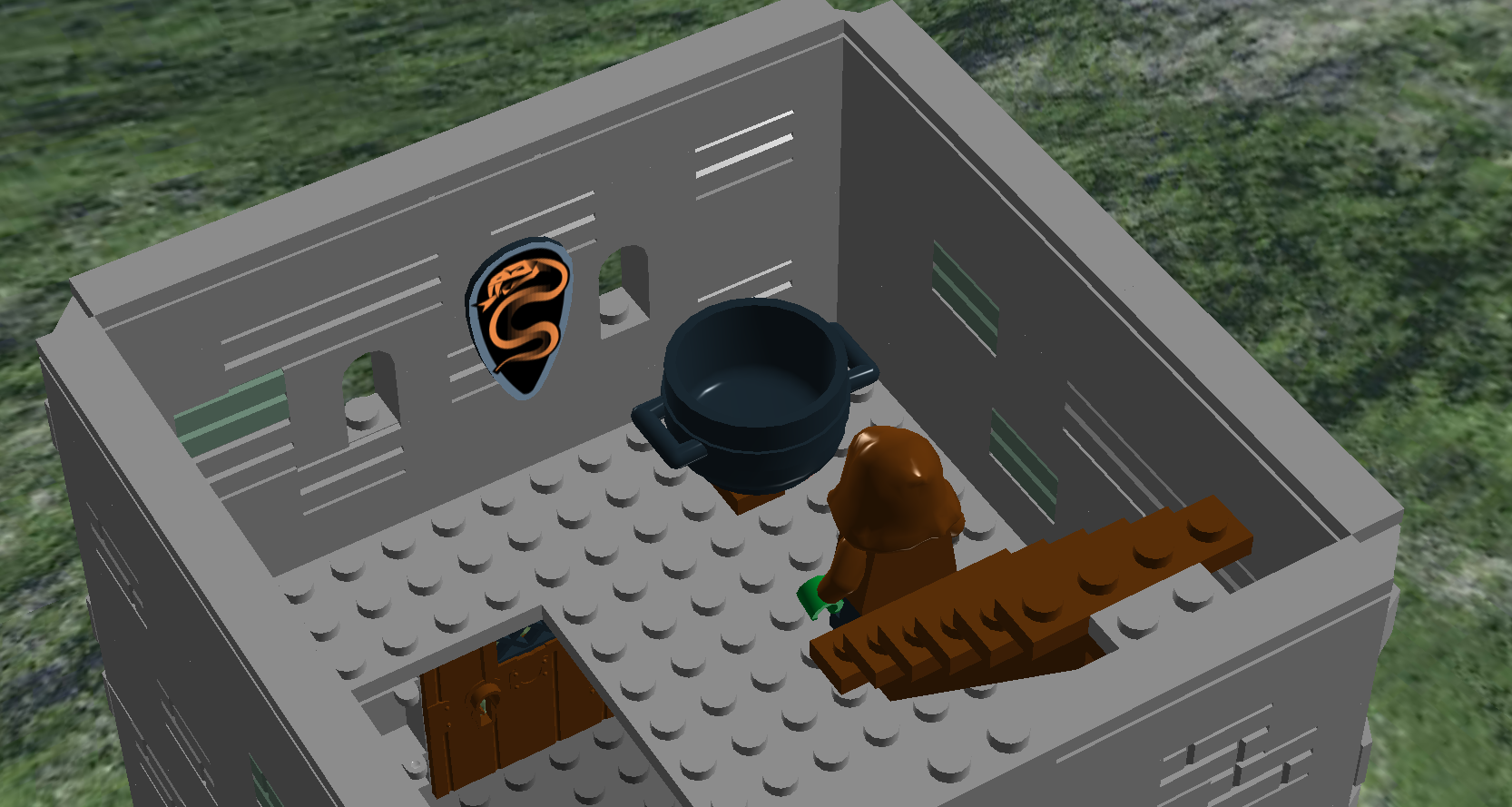 This is the second floor of the tower, It has a shield on the wall for detailing and a cauldron for the mage to mix his potions together!