Lord Of The Rings Angmar Outpost

By Furno
1 comment
I know that their already is a Lord of the Rings theme! But Angmar was not big in the books and not at all in the movies. However angmar is very important in The Lord of the Rings Online and in Middle-Earth. Angmar has many areas that belong to the Rangers who are trying to rid Angmar of the Angmarim, an army of evil men under the rule of Mordirith the False King. He was once the King of Gondor before the Witch King of Angmar (lord of the Nazgul) turned him to darkness. Angamrims normally wear dark red robes and carry axes, swords, or crossbows. Another type of Angarims are the mages who wear bright blue robes and carry staffs. I made a small outpost in my first set. The outpost has a turret with two floors. the first floor is just a staircase and a barrel to hold some weapons. The second floor has the crossbow. This set is based off some turrets found in Angmar in LOTRO. I feel these Angmar sets will be very cool additions to collector's Middle-Earth Legos. A few other sets that could be included would be:
The Final Battle, which would be a large castle with Mordirith, The Ranger Golodir, and Golodir's daughter (Not as a ghost even though she is a ghost for this specific battle).

As of now the set I have planned is this outpost including the figures displayed. This allows it to be cheap, and you can purchase more than one and it would make a good army builder.

Here is the 3 Angmar fighters included in the battle pack. The first one has a sword, the second has a crossbow, and the third has an axe. The set also includes 2 daggers, a sword (for the ranger but doesent really matter) and a hammer for repairing the crossbow in case it breaks. 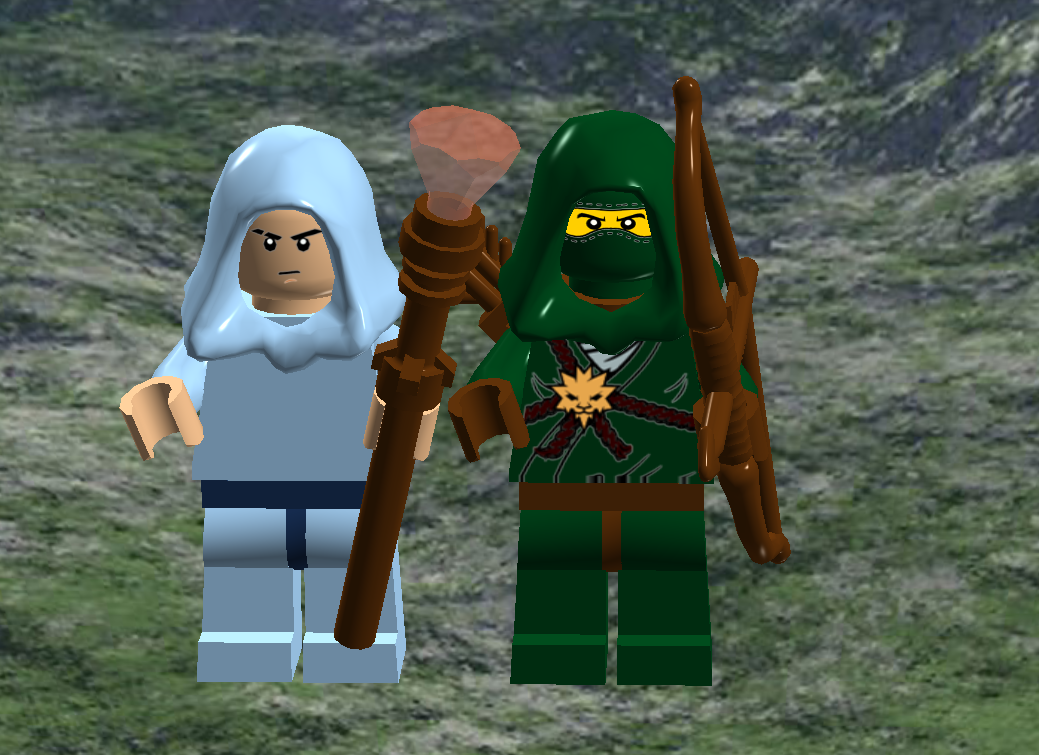 Heres the other two characters. The first is the Angmar mage, and the second is the Ranger.