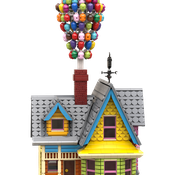 By bramant1
85 comments
Bender
Bender Bending Rodriguez is one of the main characters in the animated television series "Futurama". He was built in 2996 at the "Fábrica Robótica De La Madre" (Spanish for "Mom's Robot Factory") in Tijuana, Mexico. Bender is a comical antihero and actually quite rude and distasteful. Nevertheless, most adult people find him to be funny or even hilarious! Unlike most robots, Bender is mortal and, according to Professor Farnsworth's calculations, may have less than one billion years to live. Bender is missing a backup unit, due to a manufacturing error, so his memory cannot be transferred to another robot body. He was initially programmed for cold-bending structural steel, but later majored in bending and minored in Robo-American Studies at Bending State University. Throughout the series, Bender pursues many romantic relationships with both human women and female robots, so he is commonly referred to as a womanizer by his friends. Bender hates magnets, as magnets interfere with his inhibition unit, causing him to uncontrollably start singing folk songs when near his head and also causing him to reveal his secret ambition to be a folk singer. He also has a near-pathological fear of electric can openers.
The model
Using some reference pictures I started working in Stud.io to see if Bender's shapes were possible in LEGO. The pieces ultimately fell together and the final version even turned out better than I hoped. After that, I gathered all 606 parts necessary to build him in real life. Seeing so many cool Futurama projects on LEGO Ideas lately, it felt like a nice version of Bender was missing, so I decided to submit him.
If you like this build, be sure to hit that support button to give it a chance to make it as a real LEGO set! Don't forget to check out the other projects in my profile and support the ones you like! :-)