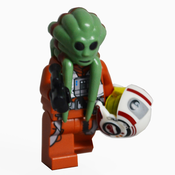 The ANGEL medical transporter is a spaceship from the GALAXY COMMAND universe.
If you like this please visit Galaxy Command and give us your support there as well!

Read all about this fantastic space saga in our blog Galaxy Command Chronicles .

Hard Core fans can really help us out by "Liking" this project on Rebrick too.


This project, is the direct result of a collaboration between the creators Reekardoo , Kit Bricksto , and GlenBricker . 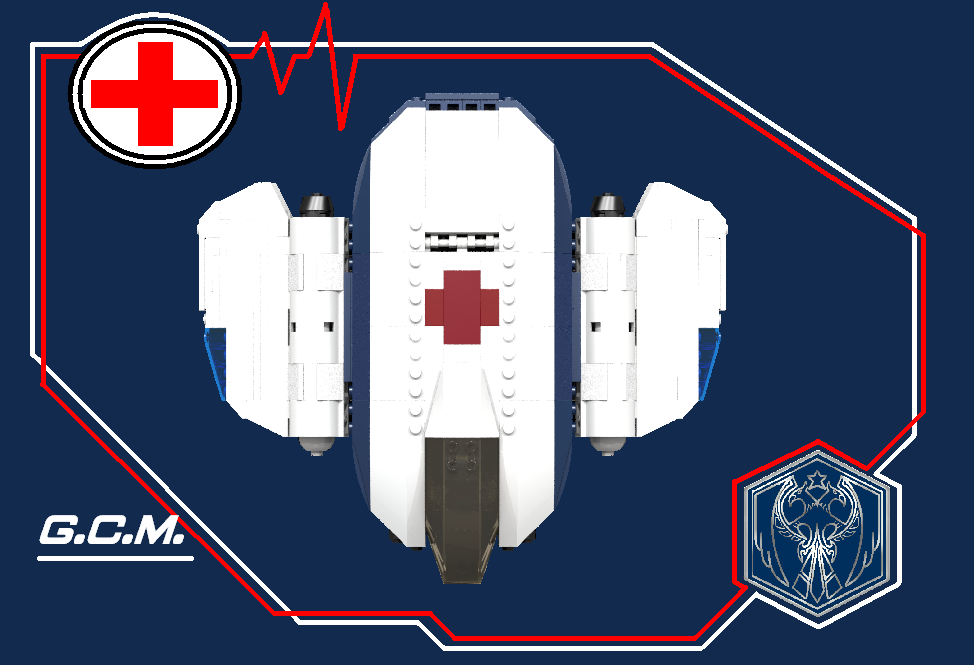 The GCM light transporter was designed by a team of engineers led by five-star engineer Kit Bricksto shortly after the end of the Bug Wars. During this war the HUN didn't have a medical ship capable of flighing through space as well as in athmosphere. This was a huge problem as getting a wounded soldier from the battlefield on the ground to a medical frigate required a modified version of the Gryphon's predecessor at that time. But because these were too big and slow to get past the enemies lines quickly and the spacecraft was shaking too much for medical use the GCM light transporter was developed.
This ship is extremly quiet yet fast and is perfect for secret search and rescue missions. When Bricksto realized how efficient the ship was he decided to test it for other purposes, too. 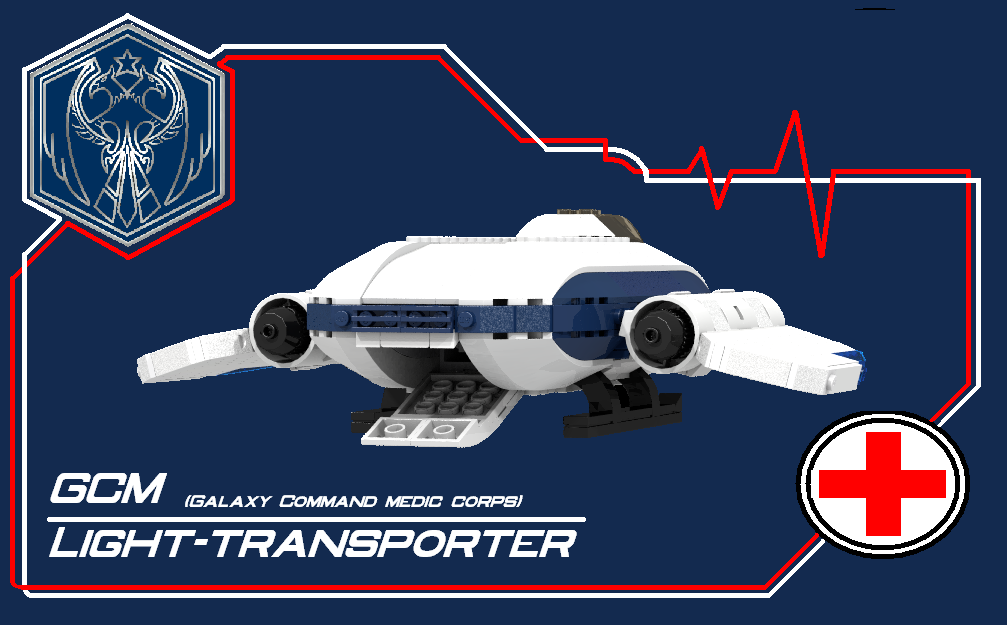 The GCM transporter has a hatch in the back to quickly get wounded soldiers in and out. The landing gear was also non-retractable to save time and weight that would be added on retractable landing gear. 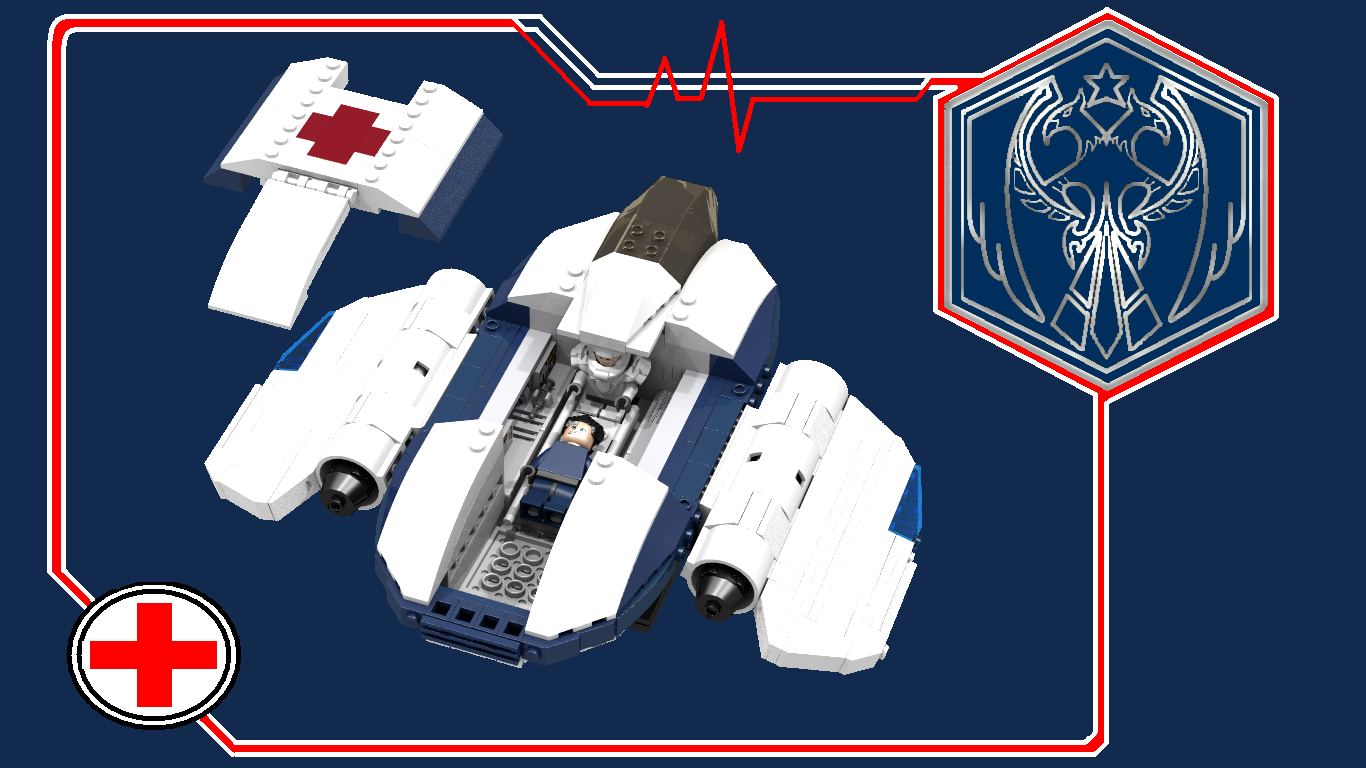 The interor was rather cramped although one fully armoured medical officer could sit at the top end of the strecher and there was a lot of medical equipment on the sides.


THANKS FOR VISITING! PLEASE SUPPORT AND COMMENT! DON’T FORGET TO CHECK ON OUR OTHER PROJECTS! THEY NEED SUPPORT TOO! THANKS!
More pictures here.