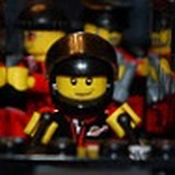 All my MOC's are inspired by classic space - but I've tried to put a modern spin on them. The ships look really sleek in black. When I design these I've always aimed for a functional look - I try to make them look like they would work!

The pilot doesn't just get a steeting wheel, he gets lots of computers and dials, there are vents in the cockpit for life support. 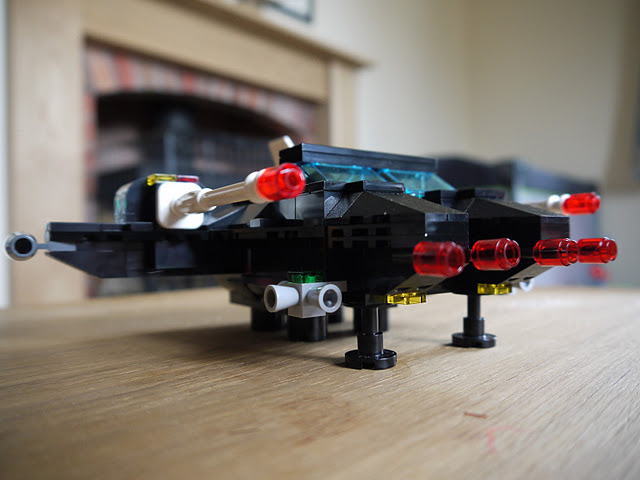 Ready for take, this lightly armoured but fast two man patrol craft is about 250 bricks in total. 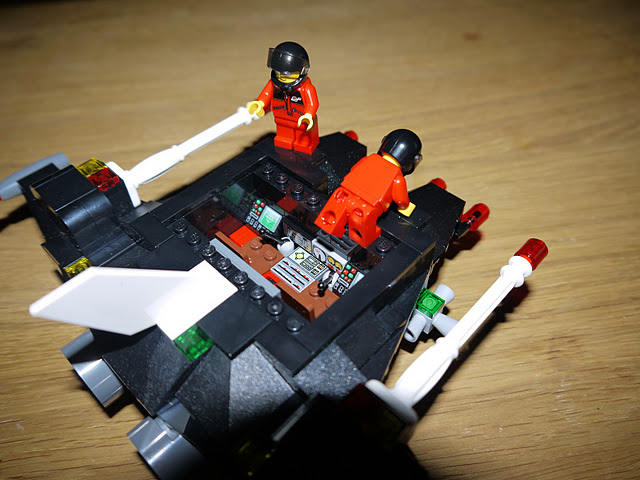 Here is the cockpit, with seating for two and a complex array of controls and computers. 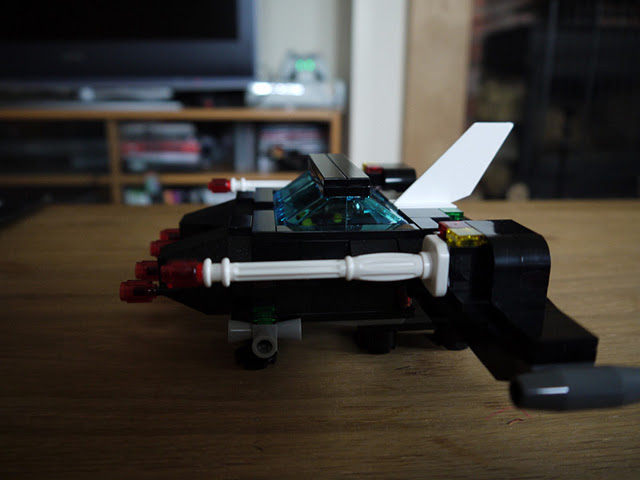 Side on view of the craft - these guys have 360 vision, the only real blind spot is the underside of the ship. 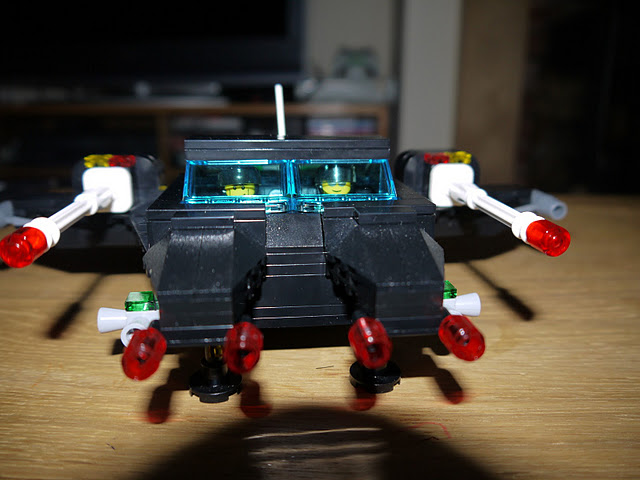 Front on view of the ship, showing the pilots and the canopy.

The only thing I really don't like about this model is the canopy for the cockpit - a moulded hinged piece designed just for this model would improve the set considerably.

Otherwise this would be a very easy to produce set and wouldn't be overly expensive. It would fit in well with my broader range of modern Space ships which were inspired by the classic space.