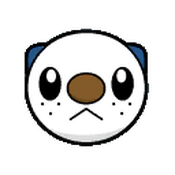 Based on a tried & tested  English Electric design, the South Australian Railways 800 Class locos were unique in that they were primarily used around Port Adelaide and in later years rarely ventured out of the metropolitan area. Seven of the class were allocated to the now defunct Gillman Yard and when not in use, were stabled at the loco servicing point at the western end of the yard. It was commonplace to see five or more 'on shed' on a weekend - the rest could usually be found at Mile End Diesel Depot.

Their arrival meant the end of steam loco working from Port Adelaide depot and the remaining diminutive P class tank engines were consigned to the scrapheap. The original steam depot was closed to steam in July 1957, but used to house the new 800 class locos for a while longer. Afterwards it was used to store condemned steam locos before their disposal but by the late 1960s, the building had been abandoned and all signs of the steam era had been removed.

The 800 class locos survived the state railway takeover by the Commonwealth, but were later considered obsolete and scrappings took place from 1988 to 1994, leaving only 801 to enter the National Rail Museum in Port Adelaide.

Loco 801 (first entered service on 9th June 1956) is periodically used for shunting from time to time and was eventually repainted back into its original 1950s SAR colors in 2013 as part of the Rail Museum's 50th Anniversary Celebrations.
Later, the 'waistband' was added and the side lights were mounted on the end deck railings.

More about the set:

This model features a display stand, two Railway Museum workers; and it can either be equipped with either the English Electric 6-cylinder diesel engine (if you want it as a display model) or can be motorized with Power Functions!

Also, you can take off the roof to reveal the inner workings and even put the crew inside!

To see more about the real 800 Class Loco:
http://www.natrailmuseum.org.au/rollingstockexhibit.php?exhibitID=42