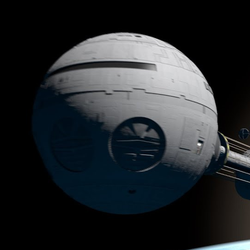 Plutonian1
6
I recently got some old LEGOs and in them were some Spyrius things. I decided that I would build my own so that I could post it on LEGO Ideas and once it became a set other people could enjoy Spyrius things again. You might want to too, and if you do, it might be a good idea to hit the support button. This is an outpost used by the Spyrius to spy on the Space Police and to stay hidden. It includes an android, two Spyrius minifigures, a small scout craft, and an outpost.
6