I always have been passionate about exploring space, it is wonderful that our species has the technological ability to explore other worlds, away from our planet for billions of kilometers. These ships have been built to operate without support for several decades, resist all the dangers of space travel and send us detailed information of worlds that one day our species aspires to visit. Of course for a LEGO fan, like me, these are more than enough reasons to build one of these magnificent ships, in this project I introduce you to the Cassini-Huygens spacecraft. 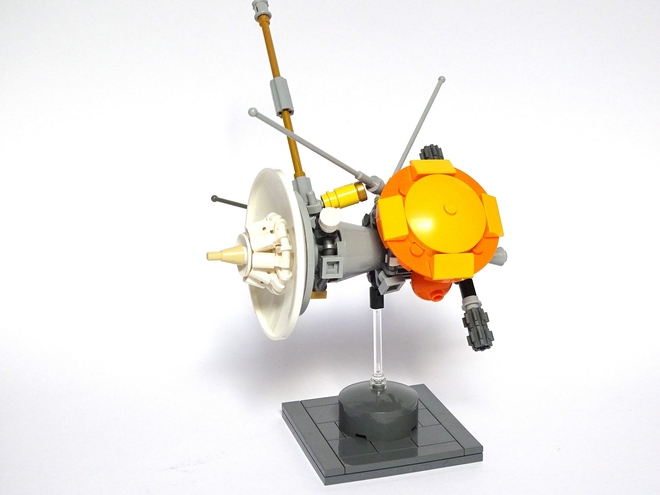 The Cassini-Huygens is a unmanned spacecraft sent to the planet Saturn. It was launched in 1997, and it arrived to Saturn in 2004.

The Huygens probe separated from the Cassini orbiter and landed on Titan, Saturn's largest moon. This was the first landing of a spacecraft in the outer solar system (2005). Titan turned out to be a complex world, with a dense atmosphere (mostly composed of nitrogen, like our atmosphere), hills, valleys, and even lakes and rivers of methane.

Since 2004, the Cassini spacecraft has been exploring Saturn and its system of rings and moons. Among the surprising findings, it highlights that some moons of Saturn might even have the conditions to harbor life.

The finishing of the fuel necessary to correct the orbit of Cassini, forced to crash the spacecraft against the planet Saturn, which will happen in September 2017.

This model of the Cassini-Huygens spacecraft was built with about 150 pcs, using a scale of 1:62. This LEGO model reproduces most of the external details of the original spacecraft, including the ability to separate the Huygens probe from the Cassini orbiter. 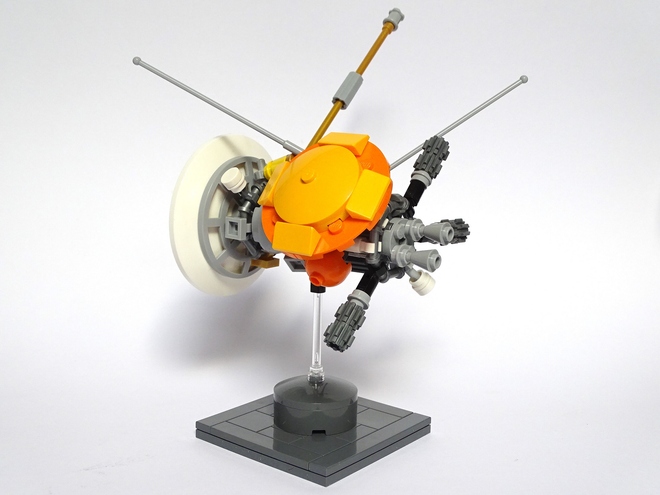 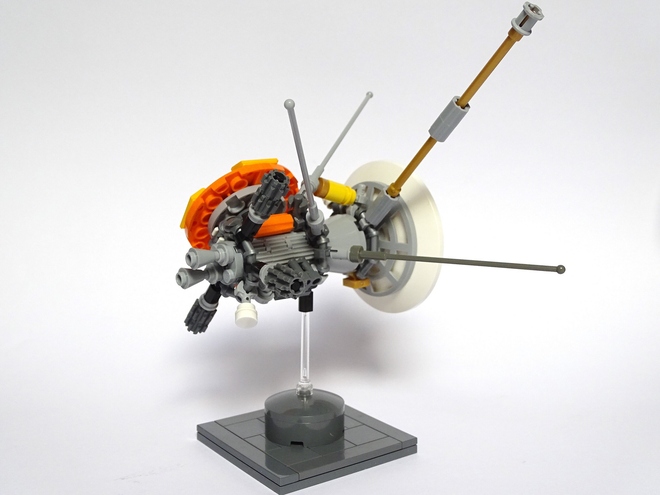