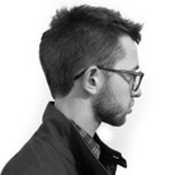 UPDATE: After getting such unanimous feedback about the lack of a face, I went back and completely rebuilt the head using bricks rather than Technic pieces. I will be taking proper photos soon.

Mickey Mouse consists of 102 pieces and stands about 9 inches (23cm) in height. He has 27 points of articulation including his ears, tail, and individually articulated fingers. The majority of the parts are from Hero Factory, although Technic and System parts are used for structural integrity and the finer details. 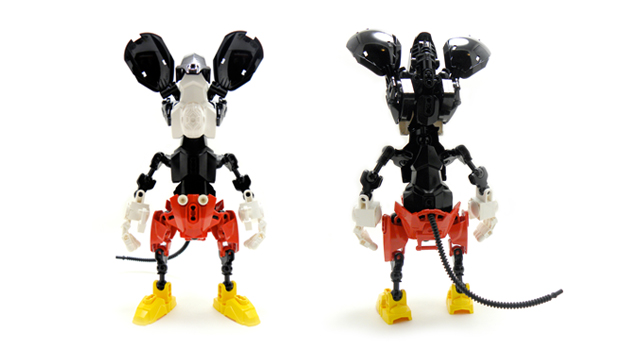 Mickey has been meticulously constructed to be a close representation of the character as well as a fun, playable toy. 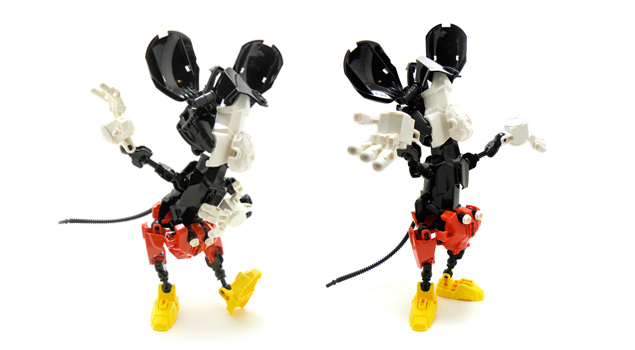 Mickey's ears are fully articulated to mimic the visual effect in the cartoon where they appear to roll along the top of his head in frontal view. 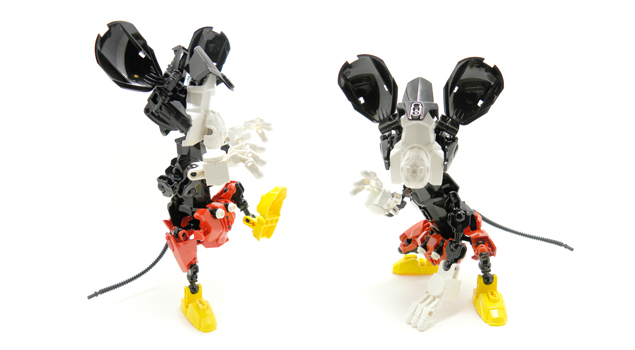 With 27 points of articulation and high friction ball-and-socket joints, Mickey can achieve an unlimited amount of poses.