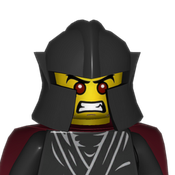 The Egg Genesis is a titanic battle station that carries multiple mech battalions in its four massive arms (not in this set but in the game). The metal monstrosity is loaded with multiple offensive weapons, including 10 missile launchers on each arm and a homing laser that erupts from its under- carriage.

This Set features the Egg Genesis, one of multiple bosses from Sonic the Hedgehog 2006, alongside silver the hedgehog, two Egg-Liners and three Egg-Gunners. The Stations arms, searchlights and head are flexible and removeable, the hatches on its arms can be opened to reveal stud shooters (the set comes with plenty of extra Studs for the 40 shooters) and the red markings on the head can be replaced with yellow ones.

The set consists of 1410 parts and would approximately cost 140$.