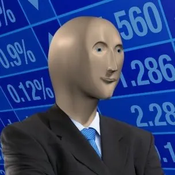 By Slothicorn101
10 comments
This is a set of Brickheadz containing Milo Murphy, Melissa Chase, and Zach Underwood from the Disney series "Milo Murphy's Law". I built this set of Brickheadz because I am a big fan of both Brickheadz and the show "Milo Murphy's Law" so I thought "why not combine the two"? I got exited about this idea and worked on it to get some little details from the show into the set. I believe that this would make a great Lego set because it would add another show to the Brickheadz series and would attract more kids to them since it is based on a cartoon.