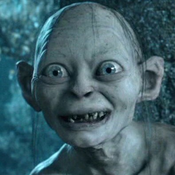 I started off wanting to build a model for LEGO Ideas. I couldn't really think of any ideas, until I stumbled on a picture of a rock climbing wall, thinking 'Hey, that could make a good play set' I think a lot of kids would have fun with this, as it is a common activity among the public.

Half an hour later, I had the base completed. I worked off and on throughout the day until I eventually ended up with the finished product. I think it looks quite nice, and I would love to hear your feedback on it as well.

I hope you guys like this, I tried to make it as realistic as possible, (Chalk tray, etc)