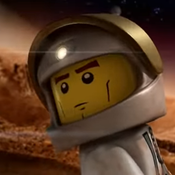 When we play with Lego bricks, we use our creativity and if we like Lego, it's because we are creative. Do you remember the old Lego Studios sets? It started in 2000 and discontinued in 2004. These sets used more than the others our creativity because we directed films with Lego bricks, so we were Steven Spielberg while playing with Lego, it was a great theme for children cinema fans!

My Idea is to remake a Film Maker Set called "Brickfilm" with more equipment and accessories than the previous Spielberg set.

This new Film Maker Set will be a big box with different small playsets like Lego Studios, such as Behind the scenes sets, but with this big film maker set will have "serious" sets like rail for travelling and other to make your own brickfilms.

This Brickfilm set will have a brochure that says what is the best camera and lighting for brickfilm and how to use its simply, because there will be no camera and lighting included cause its are too expensive, and to have quality film we must a good camera and not a cheap like in the Lego Studio set. This new box will contain instructions to build simple decor like buildings or cars for your films.

This set combine love for Lego and love for cinema and will mark the return of a Lego Studio set.

With the Lego Brickfilm set, become the best brickfilmer!

Support this idea if you want this as a set!