Be More Chill: The Broadway Musical 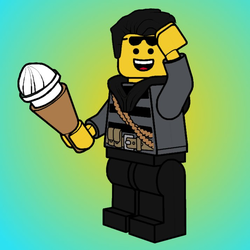 Be More Chill: The Broadway Musical

The hit sci-fi musical Be More Chill revolves around Jeremy Heere, a remarkably un-special high-schooler who finds out about a supercomputer-in-a-pill called a SQUIP. He hopes that it can teach him to "Be More Chill" so that he can get closer to Christine, but the SQUIP has plans of its own...

This recreation of Be More Chill's Broadway stage features characters and setpieces to represent the most iconic moments in the show.

I will continue to add to the project in the 'Updates' tab, so please do check back on the project!