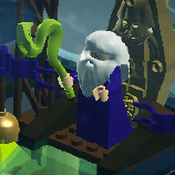 We've made a short film to show you our original Pinball Wizards Build. You can see it in action and share it here...

If we can get 1000 supporters - we will buy the bricks, make design from the LDD and produce an updated film - so please get supporting! We've also added some stills from the short film, so you can see our original build.

Welcome to the world of Pinball Wizards - where the eternal struggle of Good versus Evil is played out in the ultimate battle of frantic flipper skills.

Can you save the day by using your quick reflexes, perfect timing and ball control to remove the Evil PinWiz from his throne of power?

Challenge your friends to battles, customise your field of play, set traps for your enemies - the only limit to your Pinball Power are the edges of your own imagination...

Hello. My seven year old son and I spent an afternoon trying to build a mini pinball machine out of Lego. Once we'd figured out how to make the flippers work, the rest came fairly easily. As we talked more about how we'd like to customise the pinball table, we realised that we'd have even more fun if we turned it into a crazy world, where magical mini-fig Wizards battled it out in pinball machines. Hence the project title! 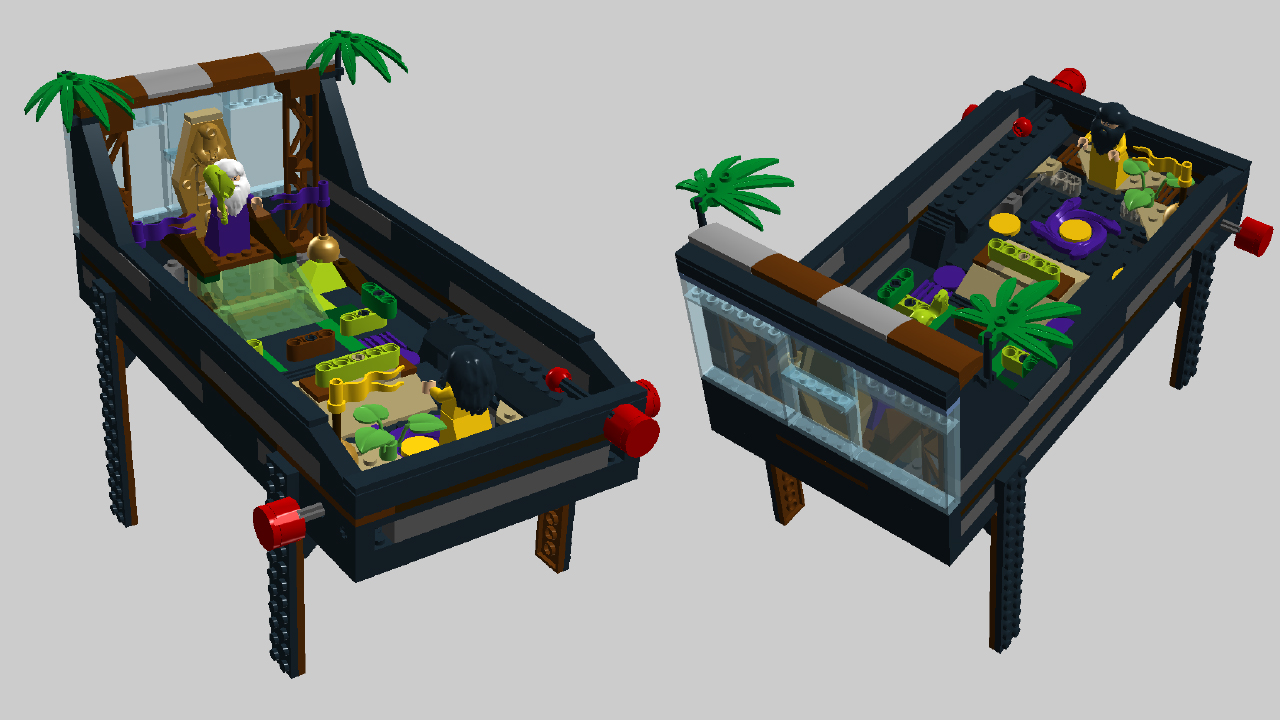 What do you get? Well, a table. The table has flipper control, a ball launcher and comes with a playing field suggestion, pieces to make it and two mini-fig wizards who battle it out. Each wizard also has a colour coded ball to use on the table.

The playing field can be swapped around for each battle, and players can make the game as easy or as hard as they like - the game concluding once you've toppled the wizard from the throne in the play field. 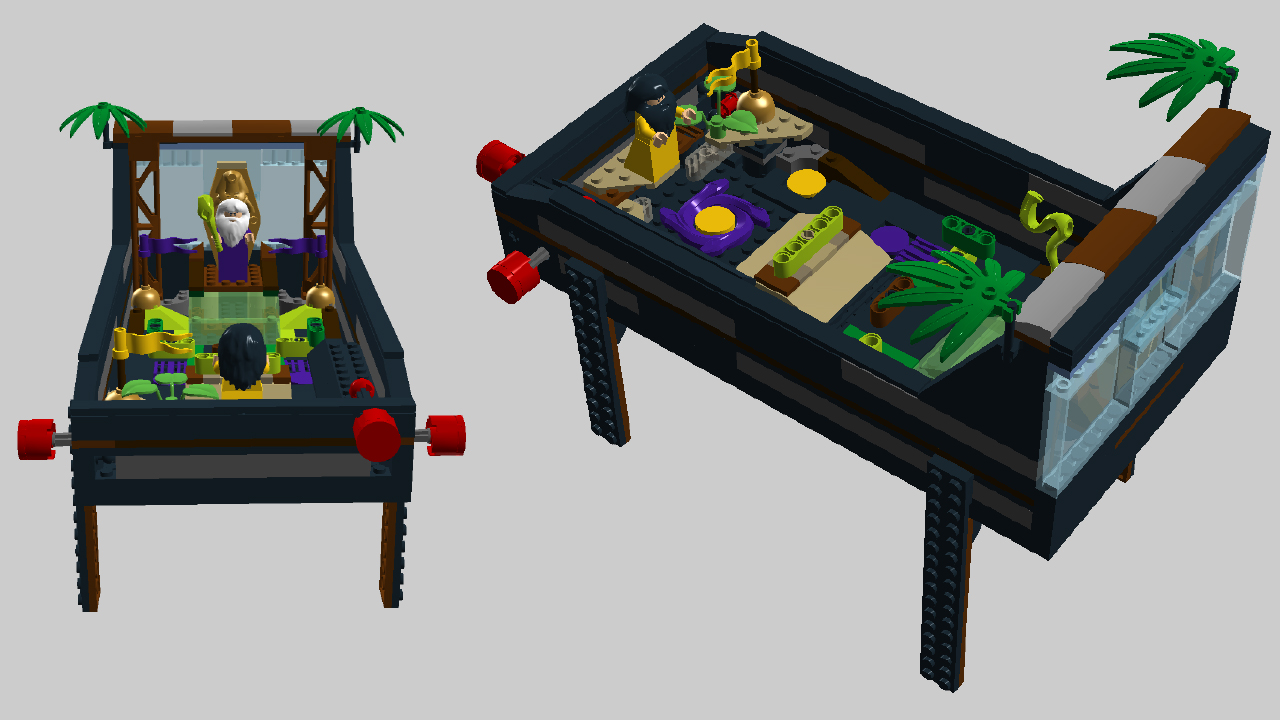 Theming can change for different sets - the one we've built is Earth Wizards, but imagine Sea, Fire, Snow, Mountains - each coming as a modular addition to the table with extra pieces and mini-figs to expand the world.

Some notes on the model.

* The illustrations where built in the LDD based on our real build. I couldn't figure out how to show the connection of the elastic bands for the flippers in LDD - but hopefully you get the picture!

* I'm not too sure that the launcher works as it stands. I'd like it to be the traditional pull back and release you get on real pinball tables - but I still have to figure that out.

* I'd like to add light bricks or sound bricks - again I couldn't see this in LDD.

Anyway - we hope you like it. This is the kind of set we'd enjoy building - a solid set with lots of playability and functionality. It would be lovely to see this for real - so please vote for us. 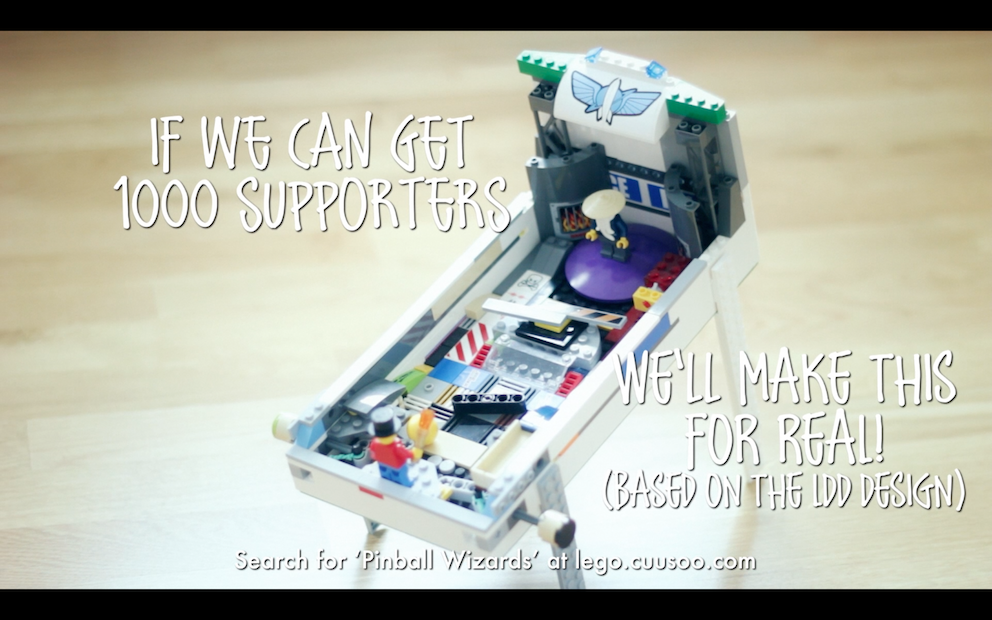 This is the original build that the LDD is based on. If we can get 1000 supporters, we'll make the LDD version. 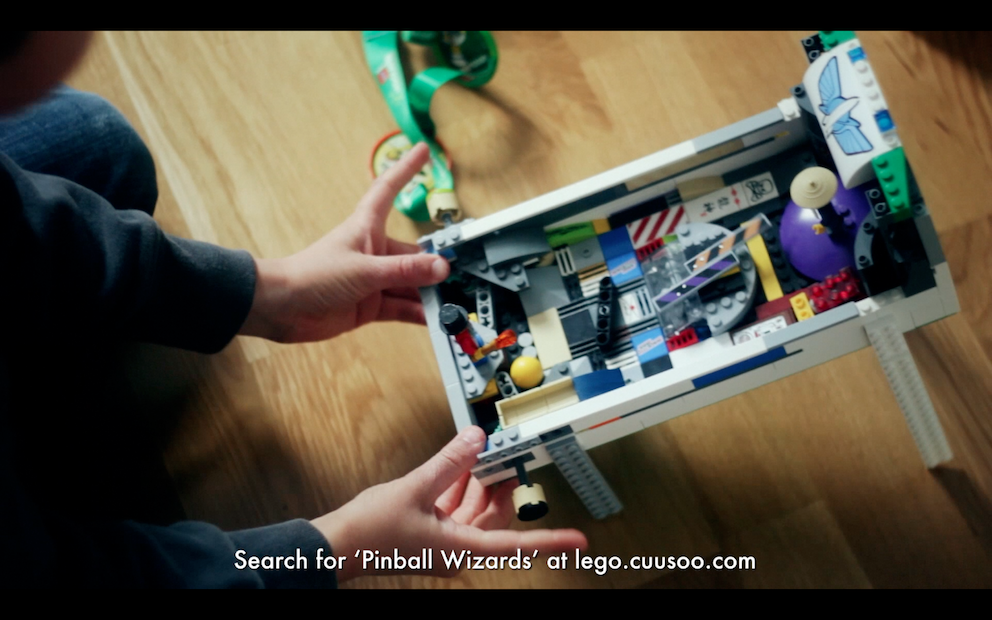 The original build being played. Check out our YouTube Channel 'PinWizardLego' to see it in action!