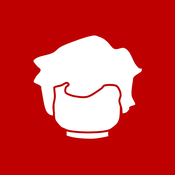 Kingdom Hearts has become one of the biggest franchises in the last 20 years. It all started in 2002, when Kingdom Hearts was released, Sora and its original characters were introduced to the world, alongside other existing and loved characters. The franchise has evolved enormously, with more than 14 games released, it is one of the best-selling video game franchises of all time. Kingdom Hearts, as a franchise, resonates with both adults and children due to its unique theme and mix of characters, and expansive story. With all the relevance and love for the franchise, what better way to celebrate the greatness of this franchise than to bring Sora and his expansive world into the world of LEGO?
Support this project NOW by clicking the "SUPPORT" yellow button on top!
Don't forget to also share this project with your family and friends, so we can bring this set idea to life.
Kingdom Hearts and LEGO would be a perfect combination. It would be awesome for both kids and adults who love the franchise or know its characters. It can also be expanded easily to other sets because of its big and unique worlds, making great set pieces full of fun and interesting play features. There is also a great desire for minifigures from this franchise, having some of the most iconic and beloved characters of all time, its main character Sora being known worldwide, and even being featured in one of the biggest video games of all time.
I decided to build Traverse Town, more specifically, the first district because of it being an icon in the games. It is the most recurring location across all of them, and the stairs are always one of the first things the player sees. Kingdom Hearts' world and uniqueness can be easily rounded up to this location, featuring the iconic lampposts, wacky shapes, and the very iconic Traverse Town stairs.
This idea features:
• Brick-built Traverse Town's First District's stairs
• Brick-built Two wacky lampposts with their bases
• Minifigure Sora
• Minfigure Shadow Heartless
• 343 pieces
I am personally very passionate about both LEGO and Kingdom Hearts, being two of my favorite things ever. You would make my and many others' dream come true by supporting this project and helping us get a chance for this to become a real set. I appreciate all of your support, and thank you. Don't forget to share this idea with your family, friends, and anyone you know that may be interested in supporting.

This idea was built and rendered digitally using only Bricklink Studio