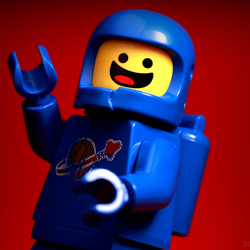 Home of the Boston Red Sox since 1912, making it the oldest baseball stadium in Major League Baseball. Build iconic parts of the stadium such as the Green Monster, the triangle, the lone red seat, Williamsburg, and Pesky's Pole. The Green Monster is the gigantic wall in left field. Erected during the original construction to keep out unwanted spectators, the 37.167 feet (11.329 m) wall earned the name "Green Monster" because of its menacing appearance. The triangle, is located in deep, deep, center field. This triangle shape area of the park stands a long 420 feet (130 m) away from home plate, making it a challenging area to hit, and field to. The lone red seat, located on the bleachers in right field, marks the spot where Ted Williams hit the farthest home run ever at Fenway Park. June 9, 1946, was the day of the feat, it was officially measured at 502 feet (153 m) – well beyond "Williamsburg". Williamsburg is another area of the park you can build. In 1940 the Sox added an open bullpen area just outside the right field bleacher seats. This 23 foot (7 m) difference was made mostly for the likes of Ted Williams, and other left handed batters for the Red Sox. Lastly, the foul poles, the poles on the left and right foul lines, are iconic parts of the stadium you can build. The right field pole is named after Johnny Pesky, a player and longtime coach for the Red Sox, because of his many home runs in this area of the park. He had six in this area. The pole, only 302 feet (92 m) from home plate, is the shortest outfield distance (left or right field) in Major League Baseball. The left field pole is named the Fisk Foul Pole, named for Carlton Fisk. Fisk, a great catcher for the Red Sox, hit a long foul-looking ball in the 12th inning of game six in the 1975 world series. As the ball looked to be heading foul and Fisk ran to 1st base, he famously jumped and waved his hands in the air, directing the ball fair. It bounced off the pole for a home run and the game winner.

​The model is great for display in your office or home. Make this a set today by supporting.

Pelase support, and thank you.