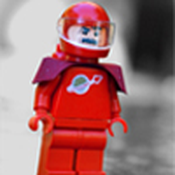 The T-7 Tactical enforcer is a starship created by the federation to protect nearby outposts from space pirates/ blacktron attacks, or to go on assault missions. Its armed with many gadgets including its forward-facing rotating chain guns, missile launchers, and bombs!

The Federation Tactical Enforcer is a neo classic space creation that I made to pay tribute to all of those who grew up with space legos before 1987.

If this were to become an actual set, the canopy would be trans-yellow rather than trans-blue to stick to the original color-scheme.

1) Do sturdier SNOT wings as seen in the UCS Star Wars Imperial Shuttle
2) Do regular wing plates, but break them up and give them depth with wedges

For more pics, go to flickr.com/photos/jasbury 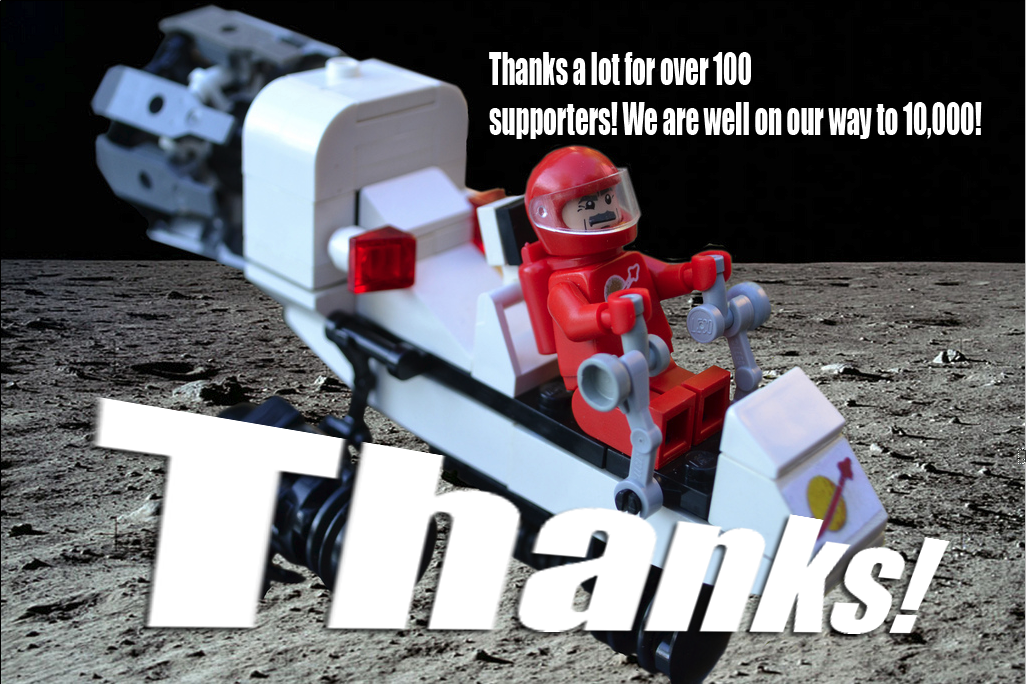 Thanks a lot for over 100 supporters! I appreciate all the support I can get, and 10,000 supporters is now in the realm of possibility! I can't say enough how much this means to me, and I look forward to the future! 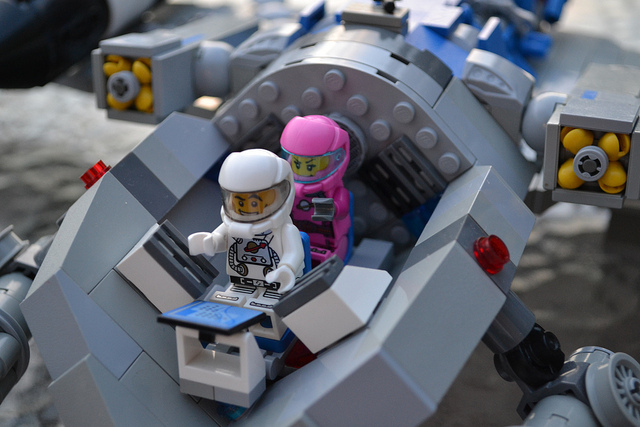 The Cockpit for the ship should be able to hold at least 2 people, and be fitted with a large canopy. 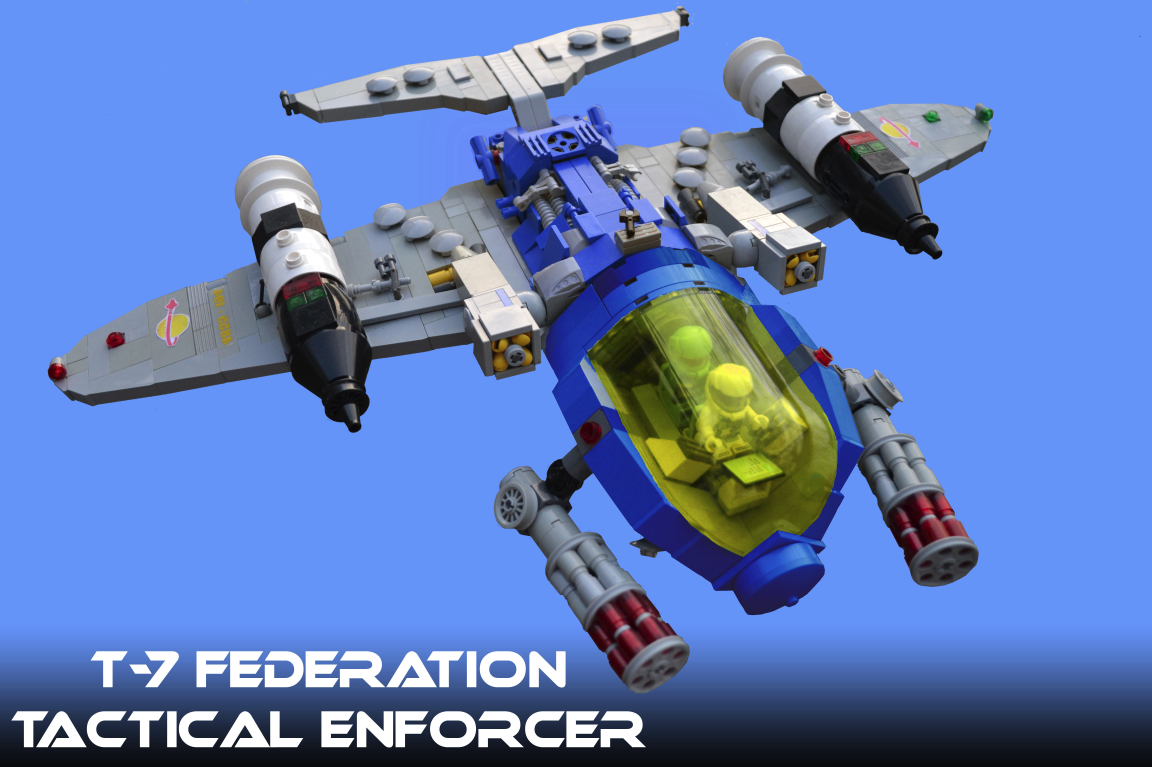 For the trans-yellow vs. trans-blue debate for the cockpit, I quickly did up this image. Pardon the very sloppy photoshop job. I did not have a whole lot of time on my hands. So, what cockpit color would you like to see done? Post it in the comments! 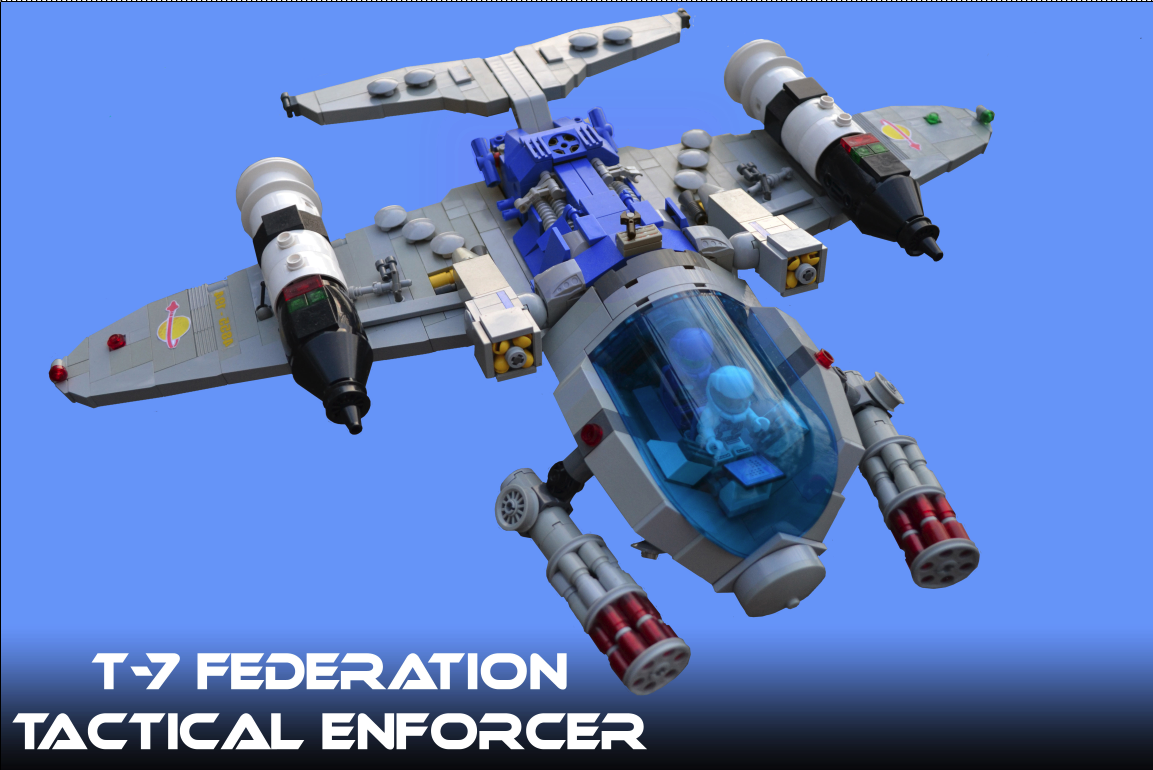 POLL RESULTS:
which color should the canopy be?