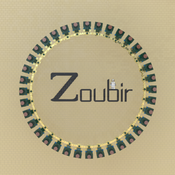 A simple and sober ship I built some time ago.

The stand adds an extra "drama" moment. I would have done it in trans blue but the colours were not really good so I decided to do it in blue. You can also see, for dramatic purpose, canons firing on the side.

The ship is not minifigure-sized, however, you can easily put around 10 minifigure without it looking lame or too short. I did not add sails because on the software I use, i would only had the choice to do it in lego and that was not my intentions. I see it more in cloth, like what Lego did with the other existing models.

In the lxf file, I did not made removable parts to sexe what's in the inside, but that is totally buildable.

I wanted to make a shop, because I think Lego did not made a lot of them before. That kind if set could be a "must have" for a lot of périple, young and AFOL.

Also, I must Say that other models built by other people I saw on the internet have inspired me but I should refuse to make a copy so the work is my own.